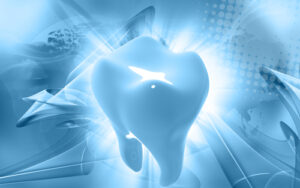 The Cloud Is More Than Storage. There’s Innovation And Clean Teeth, Too!

Toothpaste is not something that often comes to mind when talking about the cloud. Many still hold a vision of the cloud as one of storage and serving: data used in the support of business and commerce, stored in an ethereal offsite location and shifted back and forth as needed. As executives and IT managers meet and wrestle with decisions over the allocation of resources for public private, and hybrid systems, plaque continues to build on their teeth, and a few hours later, far from the bright lights and PowerPoint slides of their boardrooms, they will stand before their respective bathroom mirrors and brush. 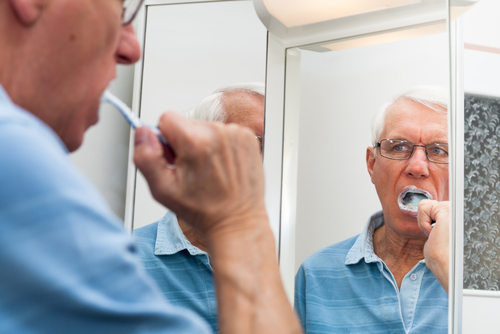 Toothpaste has been around for many years, but only recently has it enjoyed a renewed method of manufacture that is both economical and environmentally effective, and this is due to an innovative new way of injecting fluoride powder into toothpaste tubes by way of positively charging the fluoride itself while electrically grounding the tube. This, in effect helped “suck” the fluoride into the tube in a way that no engineers on the payroll at the multinational soap-and-personal-products maker in question could come up with. The solution came about through a relationship the company had with an innovation website – one of many that presents real challenges – mechanical, chemical, scientific and industrial, that real companies are facing. They open these problems up to the world, where individuals of all ages and nationalities can offer their solutions based on their own experience and ingenuity.

Sourcing ideas is just one of the many ways in which the cloud has started to change business, not simply in terms of data but in terms of creativity and collaboration. One could argue that an innovation website is not strictly “cloud” but is instead just a website, but it is its collaborative nature that is relevant here. The cloud is starting to break the silos of communication that existed within the walls of an organization. The advent of bring your own device (BYOD), and more recently and more practically choose your own device (CYOD) has empowered employees with the choice of where they will do their work and with whom, including connecting with, and sharing files with others.

While a great many organizations decry social media as a potential waste of employees’ time, those who have seen past initial bias or nervousness have succeeded in establishing dynamic on-line wikis for their employees across locations and time zones – updateable encyclopaedias that curate and share the collective wisdom of its workforce (including those who leave, for whatever reason), through typed text, videos and infographics.

Projects, too benefit from cloud-based communication and collaboration, removing the need for as many meetings and emails as in earlier days, and replacing it with Gantt charts and media that can be accessed as easily from a coffee shop as a war room.

The development of cloud-based document editing suites offers significant improvement over the two-decade-old tradition of mailing versions back and forth, especially when these documents can be reviewed and edited simultaneously by more than one person; and legally enforceable contracts are now being signed online, accepted by companies, governments and courts worldwide.

These productive approaches to work have been made easier as companies move their operations to the cloud. Consistency of interface and experience is replacing the patchwork of versions remaining in in-house legacy systems, with the added benefit that ongoing innovation and upgrades remain the work of the external developers rather than occupying in-house resources.

The advent of communal access to data provided by the cloud has ignited a similar revolution in the financing of innovation, with more and more new companies and products being hatched not through traditional investment houses but through crowdfunding. According to a recent Forbes article crowdfunding websites raised $5.1 billion in 2013, and resulted in innovations such as the Pebble watch, the Oculus Rift VR headset and the Canary smart home security system.

What this refers to in a single term, is access. The cloud has made it possible for individuals to access both information and opportunity on a more level playing field than ever before. Such leveling will have great effect on management hierarchies, hiring practices and, for people of all ages, including new hires, old hands, and younger people not yet ready for the workforce, the very definition of jobs and work itself.

This post is brought to you by the Enterprise CIO Forum and HP’s Make It Matter.