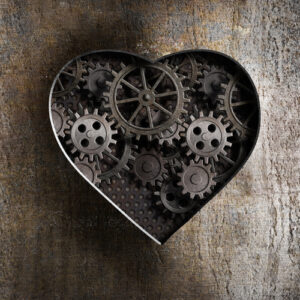 Don’t Go Breaking my Heart – Wearables and Your Health

Wearables and Your Health

Former Vice President Dick Cheney famously admitted recently that he had the wireless feature of his pacemaker turned off. The ex-VP, who has a history of cardiac trouble, recently underwent a pacemaker upgrade, but is naturally reluctant to leave it exposed to hackers who might find a way of remotely shutting it down. Mr. Cheney’s situation is one of the more famous examples of the dangers lurking within wearables, those devices that connect humans to the Internet of Things more closely and more permanently.

Jimmy Nichols of CBR points out a number of distinct areas of vulnerability for wearables wearers, which include, on the health front, privacy violations and compilation of data regarding the products we consume and even our state of health – which might adversely affect insurance rates; and medical failure, in which connected technologies that ordinarily allow physicians or nurses to access patients’ vital signs and machinery remotely, might fall into the wrong hands.

Such dire yet legitimate warnings tend to scare away many who fear the dangers of technological progress more than they revel in its promise. But alongside, or in spite of, the efforts of the bad guys, wearable technology continues to offer great leaps forward in health care. External technologies range from intelligent tracking devices that monitor a hospital inpatient’s vital signs through RFID, through to new methods of diagnosis and drug-free healing.

Just one of these, called “below sensory nocturnal therapy DC stimulation” offers DC electrical stimulation into a patient’s tissue during sleeping hours when the body’s immune and regenerative systems are most active. The developers of this therapy, Prizm Medical, showcased its potential at the Wearable Technologies Show in Dusseldorf, in November 2014. Prizm CEO Jim Johnson acknowledged that the big players, such as Apple and Google are getting into the medical and sports medicine market space, which means everyone should pay attention.

Wearables are also making their mark in the treatment of Ebola and other highly infectious diseases.

These range from hand washing hygiene monitors to infrared cameras that can detect higher-than-normal body heat and which can be mounted on a cellphone camera case. Additional technologies include 48-hour body thermometers that attach to the skin, and location software that help calculate the risk to caregivers based on time spent at a specific location where an Ebola patient was situated.

Another vendor at the Dusseldorf MEDICA show, Evena Medical, demonstrated their smart glasses, which help in the difficult process of venipuncture (inserting needles into patients’ veins.) This seemingly common procedure is very difficult when dealing with Ebola patients, and according to the Infusion Nurses Society (INS), first attempts fail 40 percent of the time. The smart glasses help make “invisible” veins visible to medical staff, speeding up the process and rendering it safer.

Wearables promise to deliver major innovations in health care and treatment. As with all other types of intelligent devices, however, the human operators themselves must seek to remain on guard. They must change their perception of a simple device such as a thermometer from being an isolated device to being part of a matrix of shared information and access. This will serve as a major barrier against invasion and criminal misuse.