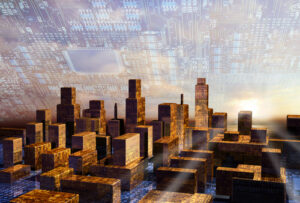 Much has been written about how open data can make cities smarter, but now there’s a way to see which cities fare better than others in opening their datasets to the public. The Open Data Census, a crowdsourced initiative led by Code for America and the Sunlight Foundation, shows the ‘openness’ of city data, based on some 18 datasets. The results, although not nearly complete, tell one thing above all — rejoice, New York, the one US city with the most open data!

What data availability can be seen in the Census?

Among the 18 public datasets, three categories–related to social, infrastructure-related and political themes–can be found. Of special interest to journalists are the asset disclosure, campaign contribution and lobbying datasets, but hackers will find the transit, zoning, restaurant inspection and other data useful for creating the next killer app. Those who want to zoom into the problems the city is facing can look at the crime, building or property datasets. It’s evident that the data reviewed by the Census is broad in scope and useful not only to select groups of people. 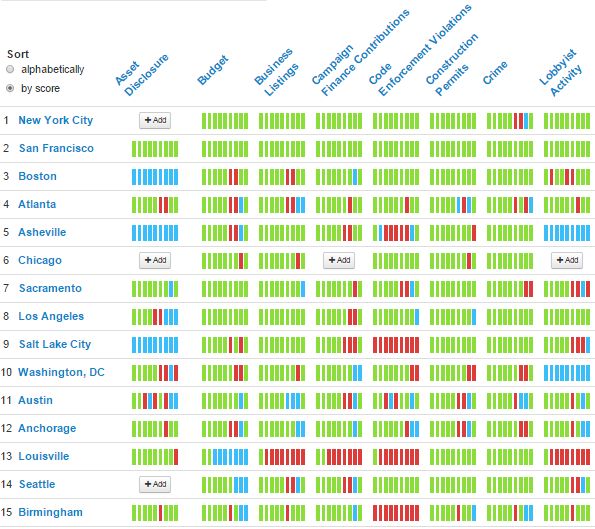 The goals of the Open Data Census

The Census doesn’t aim to provide an all-round overview of the data publicly available on the internet. Rather, it’s stated that it aims “to be a benchmarking tool, which people can use to ignite conversations with their Government about open government data.” Even so, it’s inherently useful to people who want to quickly find data and tinker around with it.

Of course, the way the Census measures things isn’t perfect. They assign ‘openness scores’ to each city, but the very fact that these scores are standardized seems to be a tacit acknowledgement that there’s only an illustrative value to them.

For example, there isn’t any talk about the percentage of data in these data sets that’s available to the public; it just is, or isn’t open. Furthermore, there are degrees of openness that aren’t accounted for. Even though a city can make the public transportation schedule open and machine-readable, there is just so much more that’s being tracked–like the GPS coordinates of buses; or possibly the fuel usage over time; etc. But this doesn’t influence the score at all.

However, this initiative is useful not only to developers who want to write apps, or municipalities that want to high-five themselves yet another time. Residents of less open cities can use the Census to instill a sense of competition into their officials; journalists can use the social data to back their news with readily-available numbers; last but not least, as the creators of the Census have linked each data set, it’s also of inherent use to students and researchers who need to access the data quickly.