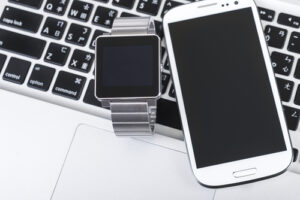 Not Everyone Buys It.

The new status symbol of the rat race is the personal device. Not the company issued laptop, but the device, whether smartphone, tablet or laptop that the individual prefers – the one that likely contains both work and personal apps; the one that keeps the IT people up at night wondering what hidden evils it may contain.

The propensity for carrying personal devices, known collectively as “bring your own device” (BYOD) has led to a degree of personal freedom that itself is a double-edged sword; people are free to work where and when they want, but in so doing, their mobility has tied them even more closely to their work, obscuring the divide between work and life, and creating as many logistical problems as it solves.

A recent DELL study reveals that the practice of BYOD varies widely around the world, with some countries embracing the concept, while others push back. According to the study, China, the UAE and the US are hot zones, with an active acceptance of the culture of work-life integration, and with employers who are supportive of this.

Countries such as Canada, Brazil and Russia lag in taking on the work approach due to security concerns, lack of infrastructure, or lack of money to actually purchase the devices, respectively. India is another fast-growing economy that thrives with BYOD.

For some European employees the issue is simply one of “who pays?” An IDC Europe report released in 2014 suggests that many employees expect the employer to provide a mobile device for work. Quoted in CIO.com, John Delaney, associate vice president of mobility at IDC states, “There’s a cultural expectation here that your employer will provide you with the tools you need to do your job. You don’t expect to have to buy it yourself.”

But the same BYOD approach cannot be said of Germany, for whom the policy of unrestricted access to work at all hours runs counter to a long-established policy of work-life balance. According to a report in NPR.org, managers in companies such as BMW and Volkswagen are forbidden by law to contact employees on vacation, and this ban stands a good chance of expanding to a ban on contacting employees after work – part of a comprehensive anti-stress regulation package intended to tackle the burnout, health problems, decreased productivity, psychological problems and stress-related pain cited by more than half of the German workers who applied for early retirement last year.

Long-standing traditions such as automatic 4-week vacations for new hires in Germany and Sweden, or siestas for Spanish workers are giving way to the pressure to remain globally competitive and “on” 24/7.

Giving employees access to their devices makes this “permanent uptime” all the more possible.