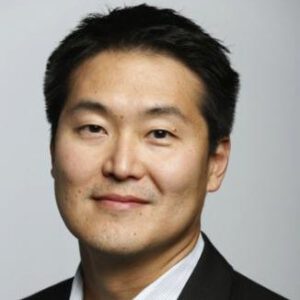 Is Windows 10 The Final Piece Of Microsoft’s Strategy?

By all reports, Windows 10 is a resounding success. Microsoft reported that 14 million users downloaded the latest version of its operating system in its first 24 hours of availability. That number is ten times higher than launch-day downloads of Windows 8. Independent sources confirm that Windows 10 now has a 3.5% market share in the desktop computer market, just 2 weeks after launch. While many of these downloads are users taking advantage of the free upgrade option from earlier versions of Windows, this is part of Microsoft’s larger “mobile-first, cloud-first” strategy and in the long term will drive increased revenue for the company. 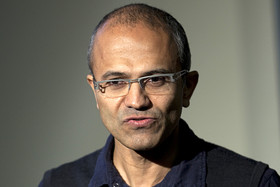 A key goal for Microsoft’s new CEO Satya Nadella is driving growth of Office 365. Now it’s clear why: it’s reported office 365 customers pay up to 80% more than those using on-premise versions of applications like Exchange, SharePoint, Word, Excel, and PowerPoint. The reason customers pay more is that Office 365 has a subscription licensing model (rent software) versus an upfront perpetual license (buy software) model. With cloud versions of Microsoft’s signature productivity suite, companies can also provide access to improved collaboration features and give employees access to these tools from any Internet-connected mobile device.

These and other benefits of Office 365 are driving increased adoption by companies. Skyhigh Networks analyzed cloud usage for 21 million corporate users and found that 87.3% of Fortune 500 companies have at least 100 Office 365 users. However, Microsoft still needs to expand their user base within these accounts. At these companies only 6.8% of users have been migrated from legacy on-premise applications to Office 365. After using Windows 10, it’s clear that the new operating system is going to play a significant role in increasing adoption for Microsoft’s cloud products. More than any other OS on the market, Microsoft has embedded capabilities that tightly integrate with the cloud.

The most significant aspect of Windows 10 is that it’s a unified operating system for mobile devices, tablets, and PCs. Applications for Windows 10, dubbed “Universal Apps,” adjust to different screen sizes, not unlike how a responsive website adjusts for different browser sizes. That opens the door to using phones and other devices as full-fledged PCs. Let me explain. Think about how many employees arrive at work with their laptop and plug into a docking station with a screen, keyboard, and mouse attached. Next, consider that many mobile devices today are as powerful as a laptop computer. Windows 10 supports a new feature called Continuum that allows you to plug in a desktop monitor (or stream wirelessly) from your phone. On the larger screen, the apps and desktop from you phone project in desktop mode.

If you’re viewing a Microsoft Excel file on your Windows 10 phone and plug in to a large monitor, the screen and controls adjust to those that work with a keyword and mouse. That lets you continue where you left off and take advantage of the larger screen size. If there’s one killer feature in Windows 10, it’s this. Companies that provide employees with a laptop and a phone will now be able to consolidate and provide employees with one single device that performs both functions. That will drive their costs down, and improve their employees’ productivity. In order for workers to take advantage of this feature using Word, Excel, or PowerPoint, they need the Office Universal App, which requires an Office 365 subscription.

Another capability expected to drive Office 365 adoption is that Microsoft has built deeper integration with the cloud directly into the operating system. Cortana, Microsoft’s answer to Siri, is a now full-fledged personal assistant on the desktop. Users can talk to Cortana out loud, and Cortana also plans their day by integrating with their calendar in Office 365. For example, Cortana proactively reminds users to leave for an upcoming meeting based on how long it will take to get there in current traffic conditions. Microsoft has also embedded deeper integration with OneDrive into the operating system, and customers with Office 365 will be able to backup their employees’ devices directly to OneDrive.

Companies already store business-critical data in OneDrive including business plans, financial documents, employee records, health records, and other confidential data. While this is a positive signal that companies are relying on the cloud to run their businesses, it also signals that security could derail cloud projects. A recent study by the Cloud Security Alliance found that concerns about security hold back cloud projects for 73% of companies. While many cloud providers including Microsoft are very secure, some IT leaders are concerned because while the risk is low, the consequences can be severe. A study by the Ponemon Institute found that the average cost of a data breach increased 23% in the last 2 years to $3.8 million.

To counteract concerns about security, Microsoft has included an array of sophisticated new security capabilities into Windows 10. Probably the most exciting is a new biometric identification system that provides access to your device and even third party websites and apps via your unique fingerprint or face. Windows 10 devices will be shipping with fingerprint readers and new 3D front-facing cameras that perform facial recognition. Microsoft Passport will allow Windows users to login to thousands of apps using their face or fingerprint, replacing passwords that are easily stole by hackers. With Windows 10, it’s clear Microsoft is making a major push into the cloud market and working to resolve security concerns holding back cloud adoption.

Harold is currently VP of Product Management at Skyhigh Networks. Prior to Skyhigh, he worked at MobileIron where he focused on mobile application delivery and security. Prior to MobileIron, he led the product management group at Zenprise (acquired by Citrix), where he launched their mobile DLP product and cloud offering to market. He also worked with the Vontu/Symantec DLP group and is the co-inventor on a patent filed for security risk visualization and scoring.