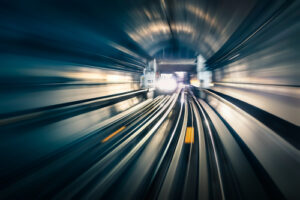 The High Octane Mobile Gaming Industry And Its Massive Growth

In a clear sign that the future of gaming will be driven by the unique relationship between cloud services and mobile devices, gaming giant Activision Blizzard today announced that it had acquired British mobile gaming company King Digital Entertainment for the whopping figure of $5.9 billion. King is the creator of the wildly popular mobile games Candy Crush and Candy Crush Soda, which recorded a stunning figure of 474 million users in the third quarter of 2015.

Activision Blizzard, the makers of more action-centric games like Call Of Duty and World of Warcraft, also boasts impressive user numbers and, together, the new entertainment giant will have over half a billion monthly active users. It’s a huge endorsement for the cloud services which form the backbone of the mobile Gaming experience. Cloud gaming requires the use of powerful cloud servers to provide a seamless experience for the users. The servers need to execute games, handle user inputs and multi-task in the arenas of rendering, capturing, encoding, packeting and decoding in real time, while the user interacts with a thin client on a resource constrained system such as a mobile phone. 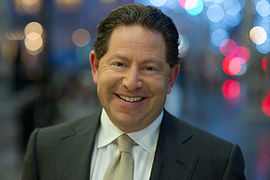 The mobile gaming sector is projected to generate over $36 billion in revenues during 2015. Bobby Kotick, chief executive of Activision Blizzard notes that “Mobile gaming is the largest and fastest-growing opportunity for interactive entertainment and we will have one of the world’s most successful mobile game companies and its talented teams providing great content to new customers, in new geographies throughout the world.”

In another sign that the cloud is the natural home for the next generation of gaming, Microsoft acquired the popular middleware engine Havok during October 2015. Havok powers many of the worlds most popular games on multiple platforms. Writing on its official blog, Microsoft notes that “Part of this innovation will include building the most complete cloud service, which we’ve just started to show through games like “Crackdown 3.””’. The Toronto Star reported that new Microsoft CEO Satya Nadella ‘’is much more focused on cloud computing and other services. That’s where the future of the company will be.” The markets agreed with this prediction and pushed Microsoft shares up over 6% during the last weeks of October.

The potential for mobile gaming is massive and the industry is bullish as a whole.

This was not always the case, particularly in the wake of the collapse of OnLive in 2013 and widespread frustration of the speed of global broadband services. VentureBeat explains some of the challenges the industry still faces: ‘’Streaming-video services like Netflix have taken off. But games are interactive, which presents a much greater technical hurdle for cloud services that host the titles on an Internet-connected data center, or cloud, and send a stream of video to a client device such as a tablet. The computing and graphics processing is done mostly in the data center, allowing for high-end games to run on devices that couldn’t ordinarily run them.’’

But the past 12 months have seen impressive growth in numbers and technological leaps forward. Global brand names like Sony and Nvidia have driven the industry forward and set a standard for gaming which is seamless, complex and utterly mobile. Ultimately, Activision Blizzard’s massive acquisition of King is a firm commitment to mobile gaming and an undeniable sign that the future of gaming is rooted in the unique capabilities of cloud computing.