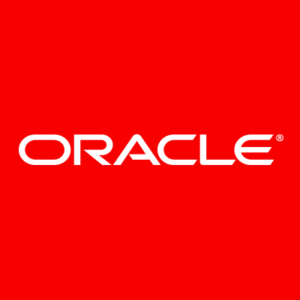 Bullish On The Cloud

Global software giant Oracle laid out, in no uncertain terms, its ambition to be the dominant player in the cloud over the next ten years at its annual Oracle OpenWorld gathering late last month. CEO Mark Hurd and Oracle Founder Larry Ellison both laid out a powerful vision of the cloud and the way they see business moving in the next 10 years.

During his keynote address CEO Mark Hurd predicted that: [easy-tweet tweet=”By 2025, over 80% of all applications will be in the cloud” user=”cloudtweaks” hashtags=”cloud”] as opposed to the modest 25% that are there today. Furthermore, he boldly stated that only two Software-as-a-service (SaaS) providers will have 80% of that market, and that “I volunteer us to be one of them”, to appreciative laughter from the packed auditorium.

The commitment to cloud computing and the direction of the company became apparent when Oracle founder Larry Ellison opened the gathering by saying “The transition to the cloud is a generational change – this is a big deal. This is as big of a deal as when personal computers showed up.”

The transition to the cloud is being driven by the economic realities of the moment and an unworkable reliance on infrastructure that was built “pre-search, pre-mobile, pre everything we know.” Hurd went to great lengths explaining that the new cloud is “about a less complex environment; it’s about a more secure environment with rapid innovation that’s easy. That’s what’s driving this and nothing else – it’s macro and micro economics, an ability to get from here to there at a lower cost and get to faster innovation now.”

The weeklong gathering devoted countless hours to Oracle’s ambitions to lead in the cloud and to manage the transitional period. Ellison spoke of “A long period of transition and co-existence as more and more workloads move off premise and into the cloud.” Topics such as Oracle’s Cloud Strategy, accelerating digital transformation, the Supply Chain Management Cloud and more dominated proceedings and firmly set out the direction of the company. To further support Oracle’s focus on cloud based connected technologies, they’ve recently introduced a series of new innovations within the Oracle Marketing Cloud. In a press release this morning.

“As we look ahead to 2016, marketing’s ability to modernize existing processes and embrace data, technology and content will increasingly define the success of organizations across all industries,” said Kevin Akeroyd, SVP and GM, Oracle Marketing Cloud. “For many marketers, this will require a significant transformation and that is why we are so focused on making marketing technology more integrated, more holistic and, frankly, easier to use. With the latest enhancements to the Oracle Marketing Cloud, we continue to deliver on that vision with an exciting set of new innovations that improve sales enablement, allow better cross-channel orchestration and help marketers directly attribute revenue to marketing activities…”

Other cloud supporters taking part in last month’s event, such as GE and AIG were firmly on the same page. Jim Fowler, CIO of GE told the gathering that “GE is undergoing its most important and largest transformation in its 130-year history. It’s the cloud that enables it.” Mike Brady, the Chief Technology Officer of AIG explained how his organization is adopting a “two-speed” cloud-based model that allows it to host its legacy applications either internally or in the cloud, and to move to “very, very fast development capabilities.”

The biggest challenge that both providers and consumers are facing is around security. Larry Ellison devoted most of his address to the issues of security and improvements in Infrastructure as a Service (IaaS) “While we’re doing pretty well in terms of improving our reliability in the cloud and lowering cost in the cloud,” he explained, “the biggest concern we have as an industry, and the consumers of our technology, their biggest concern is security.”

Hurd was extremely bullish about Oracle’s security capabilities, balancing out Ellison by confidently claiming that “We are fully patched, fully secured, fully encrypted – that’s our cloud,” he said.