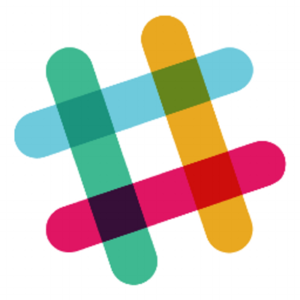 Does Slack Live Up To The Hype?

Does Slack Live Up to the Hype?

Slack’s the definition of a business success story. In just a couple years, it’s evolved from a gaming company’s internal communication tool to a globally used platform that was last valued at $2.8 billion. The popular collaboration tool, dubbed “social media for business,” first made an appearance on the tech scene in August 2013 and has since raised over $320 million in venture capital. Slack’s also something of a media darling, maintaining mainstream attention with multiple headlines that loftily proclaimed the service would sink email once and for all. Almost a year has passed since the New York Times published their article, however, and email’s not dead just yet. Is Slack really all it’s cracked up to be, or is it possible that Slack remains in the limelight thanks to high-profile users and investors?

Slack is a collaborative messaging and file-exchanging application tailored for businesses. A single team’s page is comprised of channels, or conversation threads, that can be dedicated to projects and specific subjects. There are two kinds of channels: open and private. Open channels are visible to the entire team, while private channels are better suited for topics that deal with sensitive work or just a few group members. In addition to channels, Slack users also have access to direct messaging, which allows team members to have one-on-one conversations. file sharing can occur in channels and direct messages alike, with a limit of 1GB per attachment. 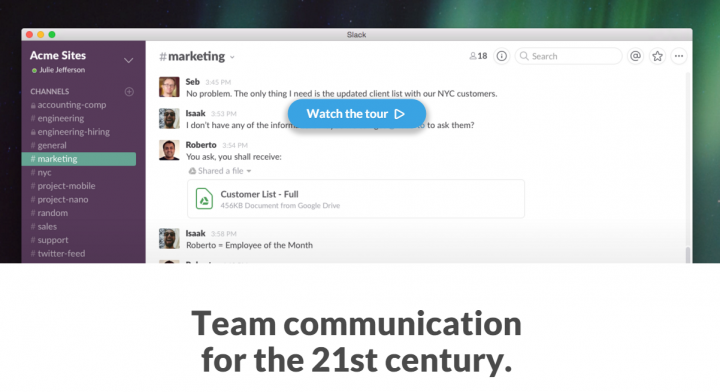 Users can access Slack via their browsers or through the dedicated desktop and mobile apps. The free version is available for an unlimited number of users, but Slack also offers two paid plans: Standard ($6.67 per user per month) and Plus ($12.50 per user per month). Additional features include unlimited service integration (the free version caps at 10), access to usage statistics, and Google Authentication. A third option, Enterprise, will debut this year and provide users with organization-wide analytics, increased security measures, and increased accessibility for the company’s IT department.

Regardless of your personal opinions on Slack, you can’t deny that it’s championed by well-known companies. Airbnb, BuzzFeed, Ebay, LinkedIn, NASA, Samsung, Urban Outfitters and The Wall Street Journal are just a few names off of Slack’s customer list.

In everyday terms, Slack has stated that the application serves roughly two million daily active users, and 570,000 of those have paid accounts. That’s a significant jump from 16,000 users in early 2014. Unsurprisingly, the city with the most users (worldwide) is San Francisco, followed by New York and Tokyo. Its investors include Accel, Andreessen-Horowitz, Index Ventures, KPCB Spark, and Social Capital.

What’s So Great About Slack?

Slack’s major selling point is the diversity of its third-party integration options, now compiled into a curated app directory. Most recently, Microsoft announced that users would be able to make Skype calls within the Slack app. There are 160 other applications featured in the directory, with the top five being Google Drive, Google Hangouts, GitHub, Trello, and Twitter. The variety works in Slack’s favor, as heightened integration opportunities increase the chance that a potential user will incorporate the platform into an existing workflow. And Slack isn’t stopping there. The company teamed up with its investors back in December, pooling resources in an $80 million investment fund that will go towards continued development of new app integrations. Other notable features include a completely searchable message archive and the ability to create a custom bot that has certain roles within your team’s page (such as programmed reactions or channel monitoring).

What’s Not So Great About Slack?

Maybe it’s a little obvious, but Slack is a venue of communication solely for you and your team. You’ll need to use email, Skype, or some other messaging tool to talk with anyone outside of your company, which means toggling between platforms or pages. Additionally, there are no task management features built into Slack. Users must integrate a third-party app to provide that function or just go without. Furthermore, some app integrations can lead to a confusing workflow, because the integrations only record actions from third-party apps; replies to those actions in Slack do not write back to the integrated apps. Reviews have also mentioned that the app has a default tendency to over-notify. Slack provides a less noisy, “recommended” notification setting as an alternative, but users can run the risk of missing out on important messages in this case.

It’s doubtful that Slack will ever replace email completely, but company cofounder and chief technology officer Cal Henderson has personally acknowledged that eliminating email altogether was never Slack’s intent. “Email is so ubiquitous that there’s no way to replace it,” Henderson said in an interview with Forbes. “…Slack isn’t supposed to replace email. It’s supposed to replace internal company email, which is a much more tractable problem.” Overall, it’s true that Slack serves its purpose as an internal communication tool—there are two million users who would agree.