Is The Fintech Industry The Next Tech Bubble? 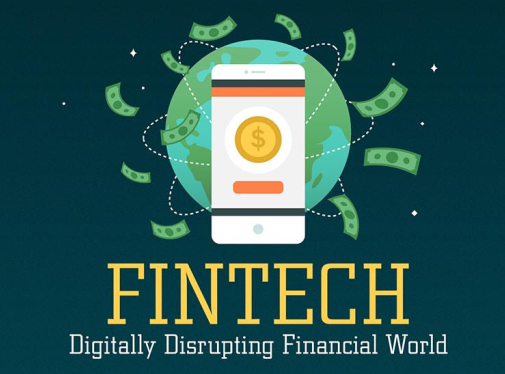 Banks offered a wide variety of services such as payments, money transfers, wealth management, selling insurance, etc. over the years. While banks have expanded the number of services they offer, their core still remains credit and interest.

Many experts believe that since banks offered such a wide multitude of services, they have lost their focus and have over extended themselves. This is why many Fintech startups started in the last decade are starting to give banks a run for their money. Most of these fintech startups specialize in one particular field and focus on customer experience and convenience.

For Instance, PayPal started offering online payments as a service for merchants when checks were becoming irrelevant for e-commerce transactions. This immediately made PayPal a household name and the company was able to gain significant market shares in a sector that was gravely neglected by banks.

DealSunny, a company that specializes in special offers and coupons, devised a neat infographic exposing some of the facts about the amazingly fast growing Fintech industry. This infographic should help you make sense of the current climate in the Fintech sector. Here are a few points we got from the infographic (see the full infographic below):

1. As of the end of 2015, there were 1362 fintech companies spread across 54 countries in the world. While most of them are startups, the industry as a whole has received a staggering $25.8 billion in funding from investors. That is an average of $44 million per company.

3. While many countries provide a good ecosystem for fintech startups, no country can match the United Kingdom, Singapore and Luxembourg. These countries invite the fintech startups with a red carpet giving them many incentives to launch and operate their business in their country. The United Kingdom offers many perks such as tax holidays and a £860 million fund from the National Cyber Security Programme for deserving cyber security companies. Singapore and Luxembourg have launched many initiatives for financing and incentivizing fintech startups in their country.

4. The initiatives undertaken by the governments have paid off and London in the UK, Singapore and Tel Aviv are among the frontrunners in the fintech industry. The Nordic countries are expected to lead a lot of development in this field in the future. The most famous cities for fintech companies in these countries are Oslo, Amsterdam, Copenhagen, Stockholm and Helsinki.

5. While the success of Fintech in our increasingly interconnected world is a no-brainer, there are some other important reasons for the exponential growth of the industry. Many people are switching from banks to Fintech companies because these services are said to be easier to setup, offer attractive pricing options and provide a better online experience compared to conventional companies. Also, many people claim to have switched because of the better quality of service offered by Fintech alternatives along with their more innovative solutions.

While it is true that many of the popular financial technology companies have stolen market shares from traditional banks, many experts are of the opinion that these companies are a necessary evil for banks. Banks are usually huge and have a monopolistic position in the markets that they operate in. This gives them few incentives and a lot of difficulties when it comes to implementing new technologies for their operations. Fintech firms have now forced banks into offering better services to their customers by way of new technologies, making the world better for all of us.