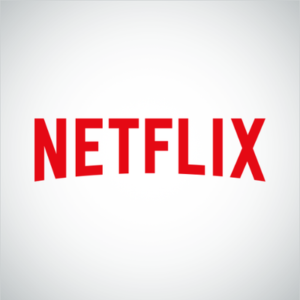 For years, Netflix has been claiming that its videos have been deliberately slowed down by carriers so that they could protect their own TV services.

It all turns out, things were the other way around.

Netflix has finally admitted that for the past five years the company has been slowing down videos for AT&T and Verizon wireless users. And they claimed to do it because they didn’t want their users to face overage penalties.

All this points to the net neutrality debate which has been going on for years. The funny part is – Netflix itself has been lobbying FCC to ban internet throttling everywhere. And yet, the online streaming service decided to throttle speeds of certain users without their consent.

AT&T and Verizon users were the only ones whose speed was capped to 600 kilobits per second, but it wasn’t done for T-mobile users. You know why?

Because Netflix in collaboration with T-mobile provides a ‘binge-on’ pack using which users can watch unlimited videos on Netflix at a fixed video resolution.

Netflix has obviously been criticized by many. But the company refuses to call it a mistake. According to them, they were only trying to help out their customers. The company wrote on their blog that their main motive was to help users avoid exceeding their mobile data. But shouldn’t that decision be in the hands of the user?

Why did Netflix take a stance on net neutrality

Now that is simple. The two companies in North America that generate more than half of the total downloads are Netflix and Google, it was these two companies who left no stone unturned to make sure the Government gives out the net neutrality rule.

Why is Netflix not being investigated by FCC

Well, that is because of one big reason – according to the FCC rules, Netflix didn’t do anything wrong.

This is because, according the rules defined by the FCC, net neutrality only applies to internet Service Providers (ISPs). Netflix is not an internet service provider, it is what FCC calls an ‘edge provider’ or a ‘content provider’, and that is why the net neutrality rules do not apply to it.

This was done by the FCC to give freedom to the content providers so that they could give their users a seamless experience.

It’s the same as Youtube lowering the video quality when it notices the internet speed has gone down and watching an HD video with that speed would take a lot of time. But that is done by Youtube to make sure users can watch continuous videos without any buffering time. Also while doing so, Youtube notifies the users about it and the users can also choose a higher video quality even at a low speed, if they want to. Now if Netflix did a similar thing, it would have been acceptable. The main issue was that the company did not notify its users.

When FCC was asked about Netflix’s notorious activities, they started by saying that since the video streaming service is not an open service provider, it is outside FCC’s jurisdiction.

But Michael O’Rielly, chairman of FCC made a statement in front of the Federal Trade Commission saying that Netflix should be investigated. According to O’Rielly, Netflix might have not directly broken any net neutrality rules by throttling speeds but while doing so, they might have broken some commission rules since the company did withhold the information.

Are other content providers doing the same thing as well?

There are chances that they are, or they might be getting the idea from Netflix. The main purpose of introducing net neutrality was to make sure all the content providers were given equal bandwidth access by the ISPs and the government. To make sure, every website or app you access online gets the same internet speed from your end.