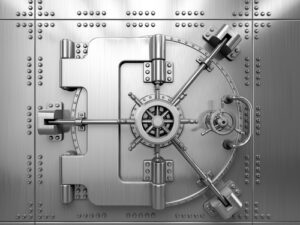 Transforming The Financial Landscape with Fintech

Fintech and the Financial Landscape

Cloud computing is slowly infiltrating the financial industry, and though some of the more cutting-edge institutions have already adopted a few FinTech advances, the modernisations in store for the sector are far greater. Shrouded in conservative and outmoded practices, banks could do with a kick in the pants, and see just what technology could be doing for them. Progressive startups and financial entrepreneurs are already leading the way, and the results are good.

Top Fintech investors include some of the traditional financial institutions we’ve known for decades. JP Morgan Chase & Co.’s Center for Financial Services Innovation is a $30 million initiative that supports FinTech startups, and Goldman Sachs has invested $50 million in Circle Internet Financial, as well as being the first of the banking giants to invest in crypto-current. Barclays has a $150 million investment fund with an accelerator program managed by Techstars and has created its own platform allowing access to innovative digital products.

Of course, global enterprises have recognized the possibilities inherent in FinTech, and non-financial sector organizations participating include IBM, Microsoft, Accenture, Cisco, Thomson Reuters, and many others. The United States boasts the highest FinTech investments, at $10 billion, followed distantly by the UK and Ireland, Nordic countries and the Netherlands. Finance and lending tend to lead the FinTech investment categories, with payment processing, mobile wallets, security and authentication, and remittance following. Banks and mobile banking, however, accounted for just 4% of the FinTech investment in previous years.

Thanks in part to a few innovative and emboldening incubators, FinTech startups are making swift progress. The banks are encouraging the categories of big data and analytics, lending, payments, money transfer, and cryptocurrency, and trends support this move. At the top of the FinTech movement, startups are focusing on data analysis for better decision making, payments and international transfers, lending, small business financial solutions, and Bitcoin. But private organizations aren’t alone in their support of FinTech startups; governments are getting involved too. In the United Kingdon, particular tax incentives and other benefits are allocated specifically to startups, and £860 million has been assigned to the National Cyber Security Program, which helps protect and promote the UK and its online businesses. In the U.S. investment in accelerators and incubators has tripled. 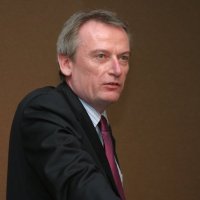 Last year, in the report Invigorating Banking carried out by Finextra Research, 83% of respondents suggested their bank’s existing core technology could not support its needs. Says Chris Skinner, report contributor and independent financial consultant, “You cannot become a digital bank without core systems renewal; you cannot renew core systems without using cloud for data management; you need to consolidate data in the cloud to be able to perform effective data analytics; and when you’ve renewed core systems through the cloud to perform data analytics, then you can innovate.”

The emergence of blockchain and bitcoin is significant. In 2015, distributed ledger technology blockchain held much interest, and with expanding adoption in 2016 banks are investigating how to use blockchain applications within their systems. The internet of things also holds great promise for our financial sector with sensors monitoring activity helping inform both investment and lending decisions, and some banks are testing their own wearable apps for use on smartphones and smartwatches. Though consumer interest in such applications is high, they are still limited by the current digital strategies of banks, and only a small percentage of banks are actually rolling out their own applications.

Tentatively sticking a toe in the water, banking institutions still have a way to go implementing cloud technology into their systems and applications. Nonetheless, the financial sector as a whole is being propelled forward by innovative tech instruments and services.