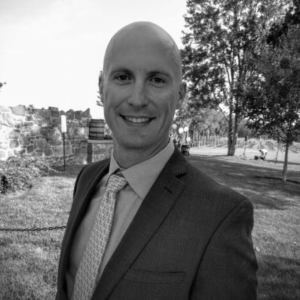 To Migrate or to Not Migrate: In-House vs. Outsourced Cloud

Through working as an executive in the managed DNS industry for over 15 years, I have become a sort of expert in managing costs while also maintaining high performance and uptime standards. With the recent push the cloud, I have been urged to evaluate the cost efficiencies between operating an in-house or cloud-hosted network. But most importantly, I have been asked to discuss the performance benefits of each, and whether these benefits are worth the price tag.

I have managed networks ranging from a rack in my basement, to a multi-million dollar network that spans over 16 facilities on 5 different continents. When you manage large-scale networks, you have to learn many different skills that venture far beyond network engineering. You have to learn how to pick the right hardware, strike deals with different providers, and of course do all of this while trying to stay cost efficient.

The recent push to migrate to cloud infrastructure has won over the majority of top online retailers. Some converters have gone so far as to move their entire On-Premises systems onto the cloud, and are boasting significant performance improvements. Ecommerce giants, like Etsy, are using the cloud to host big data analytics that predict what customers will want to purchase next. Big data analytics require massive amounts of storage and bandwidth, better served with cloud-based solutions.

Organizations who deliver large content loads to international audiences, like Netflix, have moved to the cloud because their on-prem systems couldn’t grow to scale quickly enough. Netflix announced that had finally completed their seven-year migration to the cloud earlier this year. Big moves like Netflix’s are ideal for companies that need to expand at a rapid pace, because the cloud offers a flexible environment engineered for growth.

Costs of Moving to the Cloud

But usually, these decisions all come to down to price. So I’m going to cut to the chase and show you a rough breakdown of how much it costs to move to the cloud, and how that compares to hosting an in-house system.

We host our network from 16 different facilities around the world. Over the years we have dealt with pretty much everything when it comes to hosting your own infrastructure. For this example, I’m going to use a rough average of what our infrastructure requires.

Let’s say that in our environment, eight servers would cost us roughly $25,000. That’s going to be your total upfront cost to purchase and erect your servers. Now you have to think about hosting, which can and will fluctuate. A typical month, requiring a “good” amount of bandwidth would roughly cost $300 per server.

You also have to take into account the cost of lighting up each server, which requires staff hours and initial setup and administration fees. You will also need a place to store your servers, racks, routers, and switches. Once everything is setup, you will also have to pay for additional staff hours to maintain all of your equipment. All of this together will run you about $450 a month per server.

On the other hand, let’s take a look at what it would cost to host the same number of servers and bandwidth on cloud infrastructure. It would cost roughly $450 per month for each system alone.

Like an in-house system, you also have to factor in the cost of bandwidth. Depending on your usage, this could range anywhere from $600 to $1000 a month.

If you look at the cost of each service side by side: an in-house system will cost substantially more up-front ($31,000), but less each following month ($6,000). Moving to the cloud may have a small premium, but the monthly cost ($10,000) is nearly double the cost to maintain an in-house system. Furthermore, the monthly estimation of a cloud system doesn’t account for staff hours for maintenance. While this is on an as needed basis, it could significantly increase monthly costs.

It’s also important to remember that in-house solutions are not for everyone. These systems demand at least a two-year commitment to earn back the cost of resources. The up-front costs for an in-house system may sound a little daunting, but you will end up earning back your investment quicker than you would with a cloud-based system. You also don’t have to pay a monthly cost for memory, since you will be using existing infrastructure that you paid for in your premium.

On the other hand, if you only require a short-term or temporary commitment, then cloud-based infrastructure is the best solution. If you have an app you need to test for a few weeks or months, then I would recommend looking at the cloud. The cloud is also a great way to see how your application or software would respond to different scalability requirements. You can also use the cloud if you are unsure what requirements you may need for an in-house system.

Startups tend to turn to cloud-based systems, because they don’t require a large premium, and can scale quicker than an in-house system. Cloud-based infrastructure also requires less staff hours, costs less for energy, and is able to offer more redundancy at a lesser price.

However, the cloud should only be used for a finite amount of time. Most VC’s don’t care about this, and will continue to pump money in the cloud. But if you want to be sustainable for the long haul and achieve significantly greater ROI, than an in-house system would be the best solution.

Some organizations continue to stray away from completely moving to the cloud, because they have already made a significant investment into their on-prem systems. It’s rare that companies are able to repurpose any of the equipment in their on-prem systems that they have spent years acquiring and maintaining.

For these organizations, either staying with an in-house system or using a hybrid system would be best. Hybrid infrastructure uses a balance of both cloud-based and in-house systems. This provides organizations with the elasticity of the cloud, while still being able to maintain their own infrastructure. One of the most efficient methods we have seen is a customer will use an on-prem network, but use move some traffic over to the cloud during high traffic periods, like Black Friday.

Whatever solution you choose for your organization, remember that you have to balance performance with cost. Even if you think one solution will help your business grow faster, you might see a lower ROI because the costs for that infrastructure are too high.