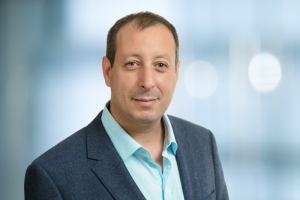 These days, Multi-Tier Applications are the norm. From SharePoint’s front-end/back-end configuration, to LAMP-based websites using multiple servers to handle different functions, a multitude of apps require public and private-facing components to work in tandem. Placing these apps in entirely public-facing platforms and networks simplifies the process, but at the cost of security vulnerabilities. Locating everything across back-end networks causes headaches for the end-users who try to access the systems over VPN and other private links.

Many strategies have been implemented to address this issue across traditional datacenter infrastructures. Independent physical networks with a “DMZ” for public-facing components, complex routers and firewall configurations have all done the job, although they do add multiple layers of complexity and require highly specialized knowledge and skill sets to accomplish.

Virtualization has made management much easier, but virtual administrators are still required to create and manage each aspect of the configuration – from start to finish. Using a private cloud configuration can make the process much simpler, and it helps segment control while still enabling application administrators to get their jobs done.

Multi-tenancy in the Private Cloud

Private cloud architecture allows for multi-tenancy, which in turn allows for separation of the networking, back-end and front-end tiers. Cloud administrators can define logical relationships between components and enable the app admins to manage their applications without worrying about how they will connect to each other.

One example is a web-based application using a MySQL back-end data platform. In a traditional datacenter platform, the app administrators would request connectivity to either isolate the back-end database or to isolate everything and allow only minimal web traffic to cross the threshold. This requires network administrators to spend hours working with the app team to create and test firewalls and other networking rules to ensure the access they need without opening any security holes that could be exploited.

Two individual virtual networks can be created by the cloud administrator. Within each network, traffic flows freely, removing the need to manually create networking links between components in the same virtual network entirely. In addition, a set of security groups can be established that will only allow specified traffic to route between the back-end data network and the front-end web server network – specifically ports and protocols used for the transfer of MySQL data and requests. Security groups utilize per-tenant access control list (ACL) rules, which allow each virtual network to independently define what traffic it will and will not accept and route.

Due to the nature of private cloud networking, it becomes much easier to not only ensure that approved data is flowing between the front and back end networks, but to ensure that traffic only flows if it originates from the application networks themselves. This allows for free-flow of required information but blocks anyone outside the network from trying to enter through those same ports.

In the front-end virtual network, all web traffic ports are opened so that users can access those web servers. With the back-end network, the front-end network can be configured to easily reject any other protocol or port and only allow routing from the outside world to the front-end servers, but nowhere else. This has the dual effect of enabling the web servers to do their jobs but won’t allow other administrators or anyone else in the datacenter to gain access, minimalizing faults due to human error or malicious intent.

Once application and database servers are installed and configured by the application administrators, the solution is complete. MySQL data flows from the back-end network to the front-end network and back, but no traffic from other sources reaches that data network. Web traffic from the outside world flows into and out of the front-end network, but it cannot “leapfrog” into the back-end network because external routes would not be permitted to any other server in the configuration. As each tenant is handled separately and governed by individual security groups, app administrators from other groups cannot interfere with the web application. The admins also cannot cause security Vulnerabilities by accidentally opening unnecessary ports across the board because they need them for their own apps.

Finally, the entire process becomes easier when each tenant has access to self-service, only relying on the cloud administrator for configuration of the tenancy as a whole and for the provisioning of the virtual networks. The servers, applications, security groups and other configurations can now be performed by the app administrator, and will not impact other projects, even when they reside on the same equipment. Troubleshooting can be accomplished via the cloud platform, which makes tracking down problems much easier. Of course, the cloud administrator could manage the entire platform, but they no longer have to.

Using a private cloud model allows for greater flexibility, better security, and easier management. While it is possible to accomplish this with a traditional physical and virtual configuration, adding the self-service and highly configurable tools of a private cloud is a great way to take control, and make your systems work the way you want, instead of the other way around.

Ariel brings over twenty years of technology innovation and entrepreneurship to Stratoscale.