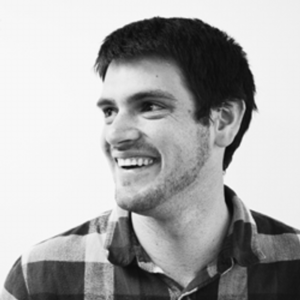 Beacons Flopped, But They’re About to Flourish in the Future

When Apple debuted cloud beacons in 2013, analysts predicted 250 million devices capable of serving as iBeacons would be found in the wild within weeks. A few months later, estimates put the figure at just 64,000, with 15 percent confined to Apple stores.

Beacons didn’t proliferate as expected, but a few forward-thinking brands did dip their toes. Macy’s, Lord & Taylor, and Sephora deployed beacons to send in-store notifications. Tech-happy airline Virgin Atlantic used them to offer currency deals and deploy blankets to chilly passengers. For the most part, though, retailers scoffed at ahead-of-its time geotargeting tech.

Despite their slow start, beacons are tottering on the edge of a renaissance. Apple and Google keep releasing updates to their beacon ecosystems and wallet platforms that allow many different types of integrations. Major retailers are starting to pay attention, and the barriers blocking beacons are now falling fast.

Beacons were expected to boom for good reason. Contextual relevance is the holy grail of digital marketing, and beacons deliver personalized information to passersby at opportune moments.

When a connected shopper nears a store, the retailer’s beacon jumps to action. It supplies the customer with information, promo deals, and personalized offers. For the business owner, it paints a data-grounded picture of the shopper’s behavior and desires. Not bad for a small, inexpensive piece of connected hardware.

But before beacons could strut their stuff, they were indelibly stained by privacy fears. Tamped down, too, by the costs and timelines of building the necessary infrastructure, beacons lost their steam.

It’s unfortunate, but perhaps unsurprising. Concerns about security loom large in popular imagination. Consumers have long balked at being tracked by phone, and they’re not crazy about pop-up ads, either.

Retailers, though, have since learned to throw in coupons or rewards, raising the share of shoppers amenable to beacons to 70 percent. Absent incentives, Oracle found just 23 percent of consumers were comfortable with the technology tracking their movements in store and online.

Hardware lag also stymied beacons. Hardware adoption always moves more slowly than software, and — although it seems strange now — not everyone had a beacon-sensitive smartphone in 2013, nor did many retailers have the capacity to broadcast beacons.

The fault, in part, lies with Apple. Estimote co-founder Steve Cheney notes that “nearly everything Apple does…works perfectly right out of the box,” but not iBeacons. Retailers couldn’t roll out beacons until developers learned to deploy and secure them at scale, gutting “within weeks” popularity predictions. Other limiting factors like network coverage were beyond Apple’s control. Networks were traditionally fragmented and closed, but they’re opening up fast.

Beacons bombed in 2013, but 2016 is another year. Beacons require a huge, deployed network to be successful. Slowly but surely, that network has been getting implemented and is now about to hit a usable saturation point. Developers have done their digging. Smartphones abound, networks are broader, and Google has addressed the security problem.

Beacons may be gone from the news cycle, but they’re popping up fast in stores. By the first quarter of 2016, 6.2 million sensors had been deployed globally. When the second quarter rolled around, 2 million more had popped up, bringing the global total to 8.27 million. At the current pace of installation, 400 million will be broadcasting globally by 2020.

In the coming years, we’ll see beacons broaden from brick-and-mortar retail locations to venues of all sorts. Sports, transportation, and banking establishments are also likely turf for beacons.

Beacons offer deals and details now, but in the future, they’ll facilitate transactions. Customers will leave wallets at home in favor of smartphones. Purchases will be simpler, and context-conscious discounts will become part of the shopping experience. CVS Caremark, for example, uses Google Nearby to notify shoppers they can print in-store photos from their phones’ galleries. United Airlines’ app lets travelers access free entertainment before boarding, and The Broad, an art museum, offers patrons an audio tour. The possibilities for contextual enhancement are as diverse as businesses are themselves.

In sports and entertainment, venues will use beacons to engage attendees and manage tickets. With a ticket sales app, for example, an attendee will buy a ticket and download it to his digital wallet; the ticket will pop up when he arrives at the venue. Already, North American sports team have used proximity tech to regain $1 billion in lost ticket sales. Beacons will allow brands, teams, and musicians to push contextual information, deals on refreshments, and emergency notifications directly to fans’ smartphones.

Tourism and transportation are obvious candidates for beacon technology. Apps that suggest events tailored to users’ interests and locations will help tourists explore sights free of interpreters or itineraries. So far, a beacon-infused app offers guided tours of the Berlin zoo; the University of Notre Dame uses Nearby to guide visitors to historical landmarks; and the MyStop service sends transport alerts in London, with plans to expand across the U.K.

The banking sector, too, will find beacons attractive. Millennials — now the largest U.S. age demographic — seldom visit branch locations but retain attachments to them. Beacons may be the thing to finally bring Millennials in for that auto loan, mortgage, or retirement account. Citibank is testing beacons at select New York City locations, where customers use iPads to access enhanced ATMs for services typically provided by tellers.

But with great power comes great responsibility. Businesses must ensure their offers present enough value to merit the interruption. To allay security fears, brands should give customers in-app options to disable beacon transmissions.

Beacons may not change things like the smartphone or internet did, but they’re about to make shopping smoother, marketing more precise, and live events more engaging — and they may even help us ditch those annoying chip cards.

Is the president and a founding partner of Yeti LLC, a product-focused development and design studio in San Francisco.

Tony has been building software since his teen years, and he has led product development efforts for global brands such as Google, Westfield Labs, JBL, MIT, and Sony PlayStation.