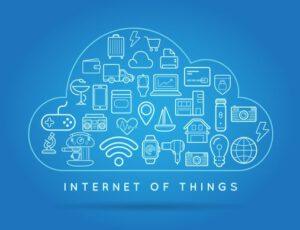 IoT (Internet of Things) was one of the hottest markets of 2016, with money being poured into acquisitions as companies look to grow their share of this rapidly expanding market. With more and more companies become reliant on applications, software, and data, IoT devices, platforms, and software are at the heart of this period of rapid digital transformation. Business Insider has predicted that by 2020 there will be 34 billion IoT devices across the globe (up from 10 billion in 2015). With Cisco spending $3.7 billion to acquire AppDynamics this week, it signals that 2017 could well be another year of market consolidation and acquisitions.

This is not the first IoT acquisition that Cisco have made; early last year they spent $1.4 billion on acquiring Jasper Technologies, the developers of an IoT cloud platform. R Ray Wang, founder at Constellation Research praised the deal and Cisco’s ambition in moving into IoT technologies:

“The battle in IOT is ultimately about the network. Sensors, stacks and platforms will be commoditized in the network. But you need them for the foundation in the network. It’s a very smart and calculated move by Cisco”.

Jasper Technologies are one of the largest platforms of scale in IoT right now, holding over 3500 enterprise customers and 27 Service Providers across 100 countries – so this will notably increase their customer base and give them a relatively substantial share of an ever expanding marketplace.

Their more recent acquisition, AppDynamics, is another push into the IoT market; Cisco announced their intent to create a completely new software business arm of their IoT and apps department. With this deal Cisco will, in the words of Cisco’s IoT and apps boss Rowan Trollope, be able to provide “end to end visibility and intelligence from the network through to the application…”

and Michael Segal, Area Vice President, Strategic Marketing, at NETSCOUT  view on the future IoT “Everything is interconnected. In this day and age your digital services need to be delivered continuously and constantly operating at peak performance. If you don’t have sight of your entire IT infrastructure, how can you be sure you’re getting the best value from your services?”

But Cisco are not the only ones who have been busy! Verizon has been on something of an IoT shopping spree over the past 18 months, with their biggest purchase coming in August 2016 when they acquired Fleetmatics for $2.4 billion. Fleetmatics operate a GPS tracking system that allows fleet operators to remotely monitor vehicle location, fuel usage, speed, mileage, and other diagnostic data. Much like the Cisco-Jasper Technologies deal, Verizon have managed to expand the customer-base of their IoT network by an estimated 737,000 subscribers.

Along with this SaaS (Software as a Service) platform, Verizon have also purchased Sensity Systems, a Sunnyvale, California-based LED lighting company, and LQD WiFi, who’s main service called Palo, is an interactive kiosk and WiFi hub. This string of acquisitions has been marked as a an effort by Verizon to expand and prepare for the smart-city revolution coming in the next 20-30 years – IoT will be at the very heart of this revolution.

Silicon Labs, the IoT hardware and software firm based in Texas, have also been pushing to expand their IoT operations with this week’s acquisition of Zentri. Zentri are PaaS (Platform as a Service) innovators, they specialise in providing a secure, scalable, and easy to use platform for IoT devices to connect to Wi-Fi and the cloud. Their service enables the rapid development of secure IoT products, taking weeks rather than years, and allows developers to focus on their product rather than cyber-security issues. In a tumultuous and fluctuating digital landscape this could be an timely and incredibly significant acquisition.

Consolidation has been seen in every facet of the IoT market, from software, platforms, software and hardware. In April of last year, Nokia announced thier purchase of IoT specialists Withings for $193 million. This deal will help to boost Nokia’s portfolio of wearables and IoT fitness devices by giving them access to Withings wearables.

The last year has seen huge acquisitions and market consolidation by numerous tech and IoT giants, and this trend is unlikely to finish any time soon. As IoT devices become a greater and greater part of everyday life and society, the market will continue to expand, and money will continue to pour into the market. We will have to wait to see if any company will manage to manufacture a monopoly, or whether the rapid innovation and expansion of this technology will lead to a more diversified marketplace.