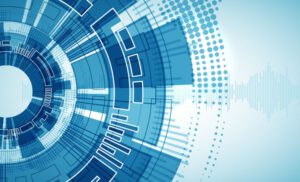 Telepresence: From Robotics To Holograms

When you talk about the future of work, what often comes to mind is automation and machine learning. However, there is a new firm, claiming to provide the future of work through robot “doubles”. Rather than using Skype or Google Hangouts to join meetings, you can have your own physical presence in the office or building and interact with colleagues in a more meaningful way – think of it like a sophisticated facetime on wheels!

The world is getting smaller, every week we become more connected, and the far reaches of the globe become easier to reach digitally. Yet, until now, true remote work has been difficult, but this technology provides for a whole new type of telecommuting. The robot can be controlled from anywhere with an internet connection, via a Chrome or Firefox web app on Mac or Windows, or using an IPad or IPhone app. So far Double Robotics estimate that they have saved their customers around $100 million in flights.

It isn’t just tele-commuting workers who have been using “doubles” to enable telepresence; schools and hospitals have both taken advantage of the technology, accounting for 30% of sales of “doubles”. Sick children who couldn’t attend school regularly, can now be given the opportunity to attend their classes and move around school without the need to leave the house.

As well as providing the hardware and platform, Double Robotics have begun to branch out into SaaS. They have recently launched their first foray into enterprise software, a platform called Fleet Management. It allows organisations who have invested in numerous “doubles” to monitor and track them all from a single app, much like Fleet Commander or Fleetio.

However, this is only scratching the surface of telepresence technology that we could see spread across the world in the next few decades. For those who thought Michael Jacksons appearance as a hologram at the 2014 Billboard Music Awards was a pointless exercise in technology, it provided some of the groundwork and testing for live-streamed holograms. In 2015, Cisco beamed Stephen Hawking live to Sydney Opera House as a 3D hologram, all the way from his office in Cambridge. Using a trio of high definition streams, combined with Cisco’s advanced Telepresence software, they were able to create a crystal clear and interactive holographic rendering of Stephen Hawking – with two-way video and audio.

Holographic telepresence is unlikely to catch on as a cost effective way to telecommute every day, but it could be used increasingly for conference and exposition appearances. Some commentators have even suggested that in the future we could see the technology used to visit/talk to relatives or friends, or to connect teachers and lecturers with remote students who wouldn’t have access to education otherwise.

As far off as this technology may seem, it is not something that large tech organisations are ignoring by any means. The technology is revolutionary, and engaging in a way that video-conferencing on its own struggles to be; AV Concepts declared that “Holograms will make the attendees of any corporate gathering sit up, pay attention, and truly enjoy the experience.”

Summit Integration Systems noted that Cisco’s use of the technology was enough to garner media attention – it is a captivating idea – and the rest of the world is starting to take notice now as well!

In 2013, Skype announced they were working on 3D calls, and while there hasn’t been too many announcements since then, Microsoft have developed Hololens. Hololens is a mixed reality headset, that allows you see 3D projected holograms in the room with you, by using a VR screen to combine with reality. As far back as Right Management’s The Flux Report, 2014, awareness and optimism about holographic telepresence software was running high. 49% of surveyed HR decision-makers predicted that holographic telepresence meetings would be one of transformations in the office by 2018.

So telecommuting is going to become a whole lot easier in the coming years, allowing for easier and more interactive globalized collaboration. We can’t say for sure whether the technology will ever provide a truly seamless holographic or video presence, but the potential is there!