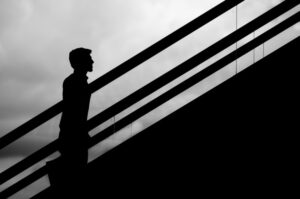 The Deep and Dark Web

The Deep and Dark Web, hidden in the depths of the internet, sounds like something out of a nail-biting thriller, but is, in fact, a very real part of our world. Just as drug cartels and human trafficking networks exist and thrive on the fringes of our society, so endures an encrypted network used primarily for reprehensible activities and transactions, accessible only by specialist servers such as Tor. Not to be confused with the Deep Web, simply the content of myriad unindexed databases, the Dark Web is home to just about every atrocity imaginable, from pedophilia rings to terrorist organizations to run-of-the-mill cyber criminals; but then, according to its advocates, the Dark Web is also the final digital realm still able to assure privacy and freedom of speech.

Tor, or The Onion Router, is the most well-known and oft-used anonymity network linked with the Dark Web, but this free software shouldn’t be confused with the nefarious factions which utilize it. It is merely an open network that prevents traffic surveillance and makes it almost impossible for anyone to track locations or retrieve browsing information. Developers and proponents will tell you regular people use it to protect their dignity while using the internet, businesses to research competition while maintaining strategic confidentiality, and activists, media, and military and law enforcement for a host of privacy and secure communication reasons. The Tor project page doesn’t mention its most famous users, the criminal underworld, but then, that’s neither necessary nor good business.

Earlier this year, an Anonymous-linked hacker took control of a fifth of the Dark Web wherein much of the content featured child pornography. A laudable action, but sadly not a lasting or workable solution to the lawless bodies utilizing the Dark Web. Some years ago the FBI shut down Silk Road, an online black market best known for drug vending, but of course, various alternatives have popped up suggesting that though a marketplace is not forever, its market probably is. Among the gun runners, drug dealers, and sex traders, Government and law enforcement agencies also track terrorist activity, pursuing threats and seeking insight into their organizations and philosophies. And inevitably, the cyber crime of the Dark Web is a risk to business; data routed through such channels can’t be traced, and most experts agree that there’s no legitimate reason for Dark Web browsers to be loaded on company computers. With the global cost of data breaches expected to hit a couple trillion dollars by 2019, and the value of stolen information from financial to healthcare categories increasing, there are many strong reasons for reputable businesses to keep their noses clean and well out of the Dark Web.

But knowledge is power, and understanding the Dark Web, its objectives both good and bad, and at least a little of its inner workings, can facilitate a safer environment. Tor, for Instance, was developed for legitimate reasons, allowing law enforcement agencies to communicate in secret; and for those opposed to governments that severely limit freedom of speech and heavily sensor information, anonymous networks are the last-standing freedom fighters. Our world’s history is peppered with examples of atrocities committed when too few people second-guessed the status quo, and too many followed orders, and so perhaps applications and networks that allow for greater privacy and freedom of speech shouldn’t be trampled into the dust just yet.

Unfortunately, such democratic discretion leaves holes for the less moral to subsist, forcing legitimate businesses and upstanding individuals to protect themselves from attack. With many ransomware and DDoS attacks relying on Dark Web resources, organizations are acknowledging the importance of well-trained security personnel and informed staff, and recognizing the Dark Web and anonymity networks for any potential benefits and detriments to ensure a safer business network moving forward.