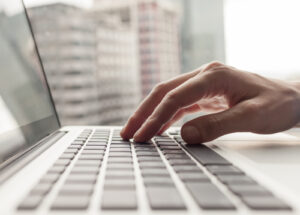 For Uber and Waymo’s Initiatives to Thrive, IoT Needs 4.5 Million Developers by 2020

Imagine it’s December, 2016, and you’re Uber boss Travis Kalanick. One of your self-driving Volvos in SF just ran a red light in front of the MOMA. You’re fuming. There was a human behind the wheel of that car. This red light fiasco was human error, you insist. Even if it wasn’t, that’s what your company will tell the press.

The human error excuse marks what looks like the beginning (or continuation) of a downward spiral for Mr. Kalanick and Co. What he may not realize–something a few engineers in a backroom might have whispered about, but they had their orders–is just how hard it is for a self-driving car to work without a working Internet of Things. Uber is bent on domination of the self-driving cab market, and Uber’s mission is global. But for this to work on a global level, the IoT will need 4.5 million developers by 2020 to support major urban growth. There are only around 300,000 such developers in action right now.

This isn’t to say automated cars don’t work right now. To a limited extent, they’re already working. It’s just to say they would work better with an IoT infrastructure in place. Why has Google taken so long to roll out its driverless cars? Because Google knows onboard sensors and GPS can only do so much when it comes to navigating a complex urban environment.

Waymo, the company now handling driverless for Google, put self-driving minivans on the road in January that are “way safe”–the “disengagement rate” for these vehicles, which is the incident rate, has fallen from 0.8 disengagements per thousand miles to 0.2. Yet, according to one blogger who took a test ride, “[Waymo’s minivans] still aren’t ready for the real world. They can’t drive in the snow or heavy rain, and there’s a variety of complex situations they do not process well, such as passing through a construction zone.”

Connected sensors in cones, vehicles, and worker helmets (or automated workers) could help Waymo vehicles process a complex construction zone situation. But when it comes to developments that all play into the IoT, companies are more interested in a more immediate ROI. Security and complexity also play big roles in the lack of immediate adoption.

At the end of 2016, some senior tech executives graced Forbes with IoT predictions for 2017. Cazena (which offers Big Data as a service) CEO Prat Moghe says the IoT is a big buzzword and it won’t become much more than that because of the plague of complexity. From a developer standpoint, it’s already tough enough to account for all the screen sizes when putting together a mobile app. “The landscape is just too complex right now,” says AJ, a Senior Business Analyst with Appnovation, “and with the Internet of Things in our future, I don’t see it becoming any less complex.”

Rob Juncker, VP of Engineering for LANDESK, thinks an incident similar to the Dyn DDoS attack will happen again. A lack of security doesn’t say a lot for the IoT’s commercial viability. Chad Bacher, Webroot’s Senior VP of Product Strategy & Technology Alliances, goes one further and says IoT devices will become susceptible to ransomware. That has already happened. At the DEFCON 24 security conference in Vegas, white hat hackers held an IoT thermostat up for ransom and demanded 300 bitcoins for its release. It was a demonstration to prove weakness.

The only good news appears to be in the job market. One tech Executive predicts “IoT Supervisors” will ascend into the corporate ranks. Another says the IoT “Architect” role will become the “most valuable unicorn for HR departments”. Finally, Zach Supalla, from IoT-enabling company Particle, says 2017 will be a year for companies to build their teams.

In order for 4.5 million IoT developers to hit the streets by 2020, companies and governments are going to have to start building their teams something fierce. Complexity and security issues, as well as ROI of devices, will be the main challenges for these teams. It may not happen as soon as 2020, but once developers overcome the big issues, expect big-ticket items, such as automated cars, to really take off.