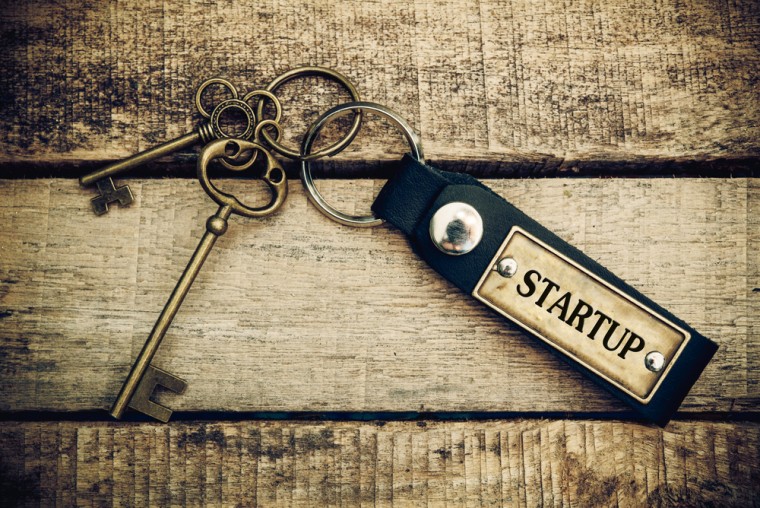 Over 1800 companies got $16.5 billion of funding in the US in the first quarter of 2017, find the National Venture Capital Association and PitchBook Data. The report hints that innovative startup venture funding seems to be returning to steadier levels after a two year spike. First time financing is declining. Investors are pickier and prefer backing companies into which they have already invested. Venture capital funded startups are tending to go public later than in recent years.

Promising startups got some $8 billion from 58 venture funds in the first quarter. If this rate endures, 2017 will be a solid year for venture fundraising. The report names 2016 top fundraising year in the past decade; 2017 figures would see the year drop in the rankings. 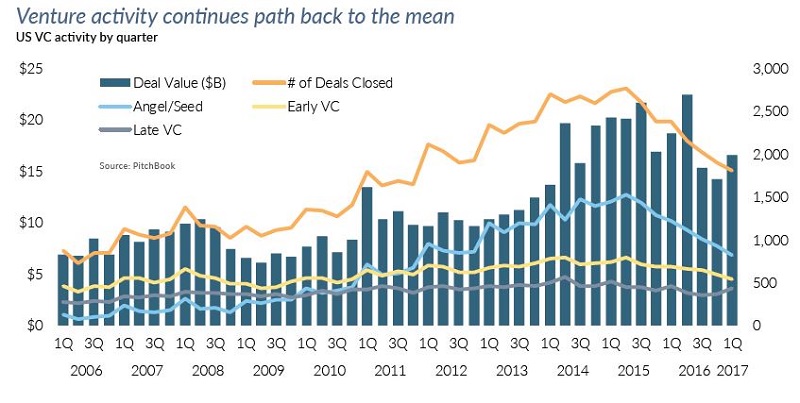 Angel and seed rounds best show the overall decline across all venture stages. This is because they best reflect the current investment climate. NVCA analysts see the downward angel and seed funding trend as the main stumbling block to an increase in overall venture funding. Series A and B startup investors have not changed investment profiles. A growing number of companies simply fail to rise to their expectations.

The huge rise since 2010 is explained by the mushrooming number of micro funding VCs and startup accelerators. Seed and angel funded startups now face a rather different reality.

Focus on quality and costs

Early stage deals stayed flat at $5.7 billion over the first quarter. Their number even fell 21 percent to 549 year on year. This is because early stage VCs have begun evaluating each potential deal very carefully. Very conscious of the high valuation background, they are careful not to allow it to distort their judgement.

To get funded, startups now need to demonstrate much higher quality than in recent years. In particular, angel and seed investors now scrutinise performance. Any startup has to show sparkling metrics to reach further funding rounds.

The funding market remains very far from gloomy, however. For one thing, it offers a multiplicity of investment opportunities. The sheer amount of choice greatly helps VCs and founders match each other’s expectations.

The geographical scope is widening, too. California and the Silicon Valley accounted for 42 percent of first quarter deals in 2016. Their share this year has fallen to 38 percent. Investors are spreading their net to the quieter Midwest and elsewhere, where innovative startups are also appearing. In part, this is prompted by leading startup hub business costs, which hit record highs in recent years.

In another emerging trend, VCs are seeking opportunities outside the USA. This reflects the recent change of administration and expected sweeping policy changes.

Startups still find it hard to get late stage funding. In the first quarter, VCs invested $9.4 billion into that stage. This was all of 18 percent less than in 2016. The number of late stage deals fell 7 percent to 432.

The reason why late stage business is declining is because investors now seek more quality. The VC sector is far from short of investment funds. In the past year alone, the venture industry raised over $41 billion. Some of this cash pile is set aside for late stage deals, including median size ones.

Despite the inherent paradox, the business decrease could actually be good news for both investors and startups. Booming business drew a huge number of non VC investors in the past couple of years. They pushed valuations unrealistically high. Once these non-specialists realised that the exit environment for startups was slowing, they left the scene. This allowed VCs to return to more sustainable late stage investing. The 2017 market might witness fewer deals. But they will be higher quality ones. The trend of startups being more focused on performance metrics should continue throughout the year. So should the trend to investors being more rigorous than before. And there is surely nothing wrong with that!