Autonomous vehicles garner a lot of media attention these days, but there are corporations out there channeling their energies into another kind: flying cars, both operated and autonomous. From the mythological Icarus through Leonardo’s sketches to Jules Verne’s novel about a giant shell landing on the Moon, humankind has never stopped dreaming about autonomous flying vehicles. We have aircraft now, but the race is on to develop viable personal cars that can traverse the skies.

Paul DeLorean, CEO and chief designer of DeLorean Aerospace, is trying to make a dream come true. Other companies and individuals such as Uber, Airbus, DARPA, and Google’s Larry Page have also embraced this bold idea. Hundreds of startups are entering the self-driving vehicles business, while a good number are focusing on flying cars as well. 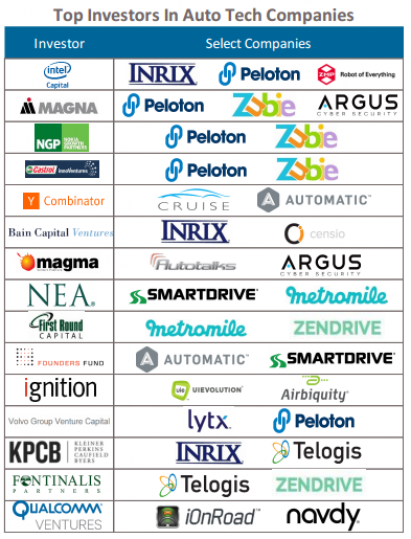 The concept of DeLorean’s DR-7 aircraft features two sets of wings, on the front and the back of the electric propulsion-driven vehicle. The ultimate goal is to create a self-flying car anyone can operate.

After building two prototypes of their air vehicle, DeLorean are now working to release a full-size prototype to prove their conceptual car is feasible. “We are moving forward on a full-size, piloted prototype which will carry two passengers and is designed to operate, fully electric, for a range of 120 miles,” Paul DeLorean says before Wired.

The race for flight range

Paul DeLorean’s statement is a bold one considering that competitors aim for flight ranges of no more than 50 miles. This range will allow you to cross any large city end to end, but a flight range of over 100 miles will make intercity transportation possible.

Higher altitudes save energy required to power the propulsion, which allows covering greater distances and avoiding ground traffic. The problem is to ensure enough space for the batteries that can power such flights, the controls, and the passengers. Modern technologies can provide a solution, but much testing lies ahead.

Airbus target both ground and air 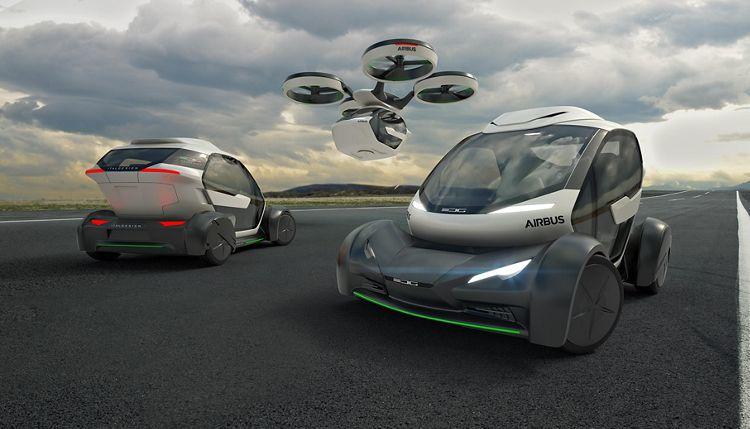 The Vahana flying autonomous vehicle concept by Airbus will cover a greater range by operating both in the air and on the ground. Their capsule-based design enables a passenger module to stick with a ground or an air transportation unit, both actually being autonomous vehicles. A control system using artificial intelligence (AI) will provide a personalised travel experience by matching the user’s preferences and habits with available routes and transit options.

As futuristic as it may seem, such a modular flying car is possible to build with current technologies. Nonetheless, Airbus and their partners Italdesign admit it is still a concept vehicle that only lays the foundation for further research and development.

The mad-science research laboratory at the Defense Advanced Research Projects Agency (DARPA) has long been working on VTOLs, manned and autonomous alike. Their latest successful test under the X-Plane programme is a novel aircraft featuring 24 electric ducted fans, 18 of them distributed within the main wings and six in the canard surfaces. The wings and canards of the flying car tilt upwards for vertical flight and then rotate to a horizontal position for wing-borne flight.

“These are ambitious performance parameters, which we believe will push current technologies to the max and enable a new generation of vertical flight operational capabilities,” DARPA programme manager Ashish Bagai says in a statement.

The challenge of air traffic 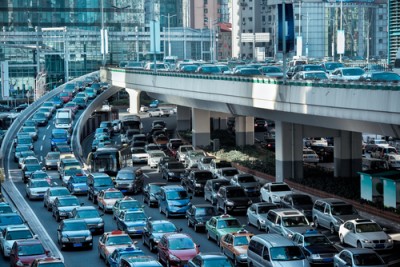 We can live with the inevitable vehicle collisions in heavy road traffic as they usually happen at low speeds and result in minor car damages. An air collision, on the other hand, may very well send the flying car into free fall from a high altitude and the damages will take lives.

Then we have to consider the problem with moving road traffic into the sky, as well as the issue with air control centres to track and somehow manage this air traffic.

These issues can be solved only by implementing AI, Machine Learning, and deep learning technologies. No mass production and mass adoption of flying cars can be feasible unless these technologies are ready to cope with the challenges of heavy traffic in the skies. Another critical factor is having appropriate licensing and regulations in place.

Only then can Uber’s plans to develop a flying car network by 2020 and make it operational by 2023 become workable.