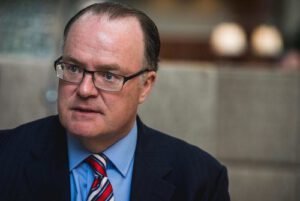 Driving Transformation? It is possible to predict the future.

Previously, I wrote about the criticality of defining the Vision for your transformation – what is your real objective, how will it transform your business and what will be the outcome for your customers. But as Henry Ford said, “Vision without execution is just hallucination.” So let’s look at execution, or more importantly, deciding where to execute to deliver the greatest impact.

After decades in the manufacturing technology space, I’ve seen patterns emerge related to the projects that become self-sustaining, either scaling across an organization, or becoming a foundation on which to build value repeatedly. There are a lot of complicated theories, but I can simplify the process of determining where to start.

Quantify the success of your project…

How do you know whether your next step will have the highest probability of sustaining and accelerating transformation ? That first step is a FastWorks project, a GE variant of Eric Ries concepts from The Lean Startup. Fundamentally, it is the process where you bring forward a functional product, process or technology that will prove your base assumptions, i.e., providing operators with X will allow them to improve Y and ultimately achieve Z. What if you could actually quantify the probability of success for that project ? Well, you can. Maybe not to decimal precision, but in a way that will identify if critical components are missing or whether you’ll come in contact with unanticipated impediments.

First, what is your predicted, long-term outcome:

The Outcome, or overall expected impact is determined by the FTY (think first pass yield or your likelihood of success in the first use case), multiplied by the ROI (return on that investment), and factored by r (the overall repeatability/scalability of that first use). Think of it this way – a win with no payback (ROI = 0) means nothing. Kill it. A win (no matter how large) with ROI (no matter how large) and no ability to repeat or scale (r = 0) is a 1 and no more. It is not a “multiplier” to drive transformation. Maybe it doesn’t kill the project, but you should seriously consider the amount of political capital you burn to get it done as well as the level of resource you engage. Interns might find it valuable as an exercise but your most senior folks are simply wasting time on that one. In this age of an unmanageable number of options to deploy and get a quick win, scalability will determine where you should be spending your time. I won’t dive into it here, but take care to understand the TRL or Technology Readiness Level of the tools your using as they should be at a 5 or better.

Next, what’s the likelihood of success in the first use case:

This may look complicated, but it’s not. To break it down, you need to minimize the denominator, maximize the numerator and avoid a zero (as in no awareness) anywhere.

IIoP: Industrial Internet of People. Tying to the humans in the process – either feeding them instructions, getting qualitative feedback or data not otherwise electronically available from them, confirming their location when executing tasks, etc – is critical for turning data to action in the shortest cycle.

RtC: Resistance to Change: Find the functional teams most willing to try new technologies, to stretch, to step out of their comfort zone as opposed to those who may be publicly compliant and privately defiant, (un)intentionally blocking your progress.

TtA: Time to Action: Simply, how long will it take to deliver value in the first use. I like to say that we can be wrong in six months, six weeks to six days; a variant of Mike Tyson’s, “everyone has a plan until you get punched in the face.” If that is the case, let’s pick six days.

BB: Big Brain: This is a term I like to use for analytics, AI (artificial intelligence), ML (machine learning), etc, and other things delivered by the big compute in the cloud or backend data center. Essentially, some connection to the overall value/supply chain systems to provide larger context.

This clip produced by SAP and Vuzix back in 2014 is a great example. It fits the formula nicely, in that it was only meant to scale by inciting the imagination of the viewer across a broad range of industrial roles. With almost 80K views and applicability after 4 full years of tech evolution, I’d say it’s done a decent job on the “FTY” and “Outcome” scores.

…and, before you dismiss this to some sort of futuristic view as many often do, take a look at what Alasdair Coull and the team at WINGNUT AR demonstrated with the Apple AR Kit at the Apple WWDC:

It can be simple to determine your future and the impact on your effort, but you might not always like the answer. Ignore the answers at your own risk. So, here’s to your continued success in transforming your teams and delivering big customer outcomes.

Please note: my comments and philosophies are my own, and have been developed over my 30+ years in, around and driving the manufacturing space. I welcome your feedback, dissent and/or questions (applause of course) in a productive way that helps us all add value to the universe. Not in a pseudo-spiritual way – though that is good as well – but in a way that allows us to harness and enhance the only true, fully renewable resource – the human imagination.