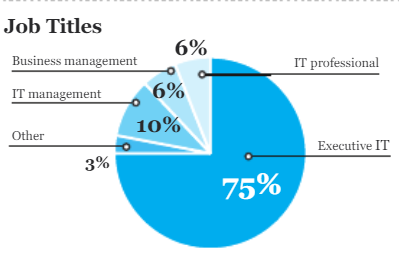 The results of the 2018 IDG Cloud Computing study highlight how interest in the technology isn’t fading and a growing number of companies are embracing it or at least want to do so.

The survey, which polled 550 respondents of targeted technology decision-makers who already use the cloud for some of their business operations or plan to do so in the future. 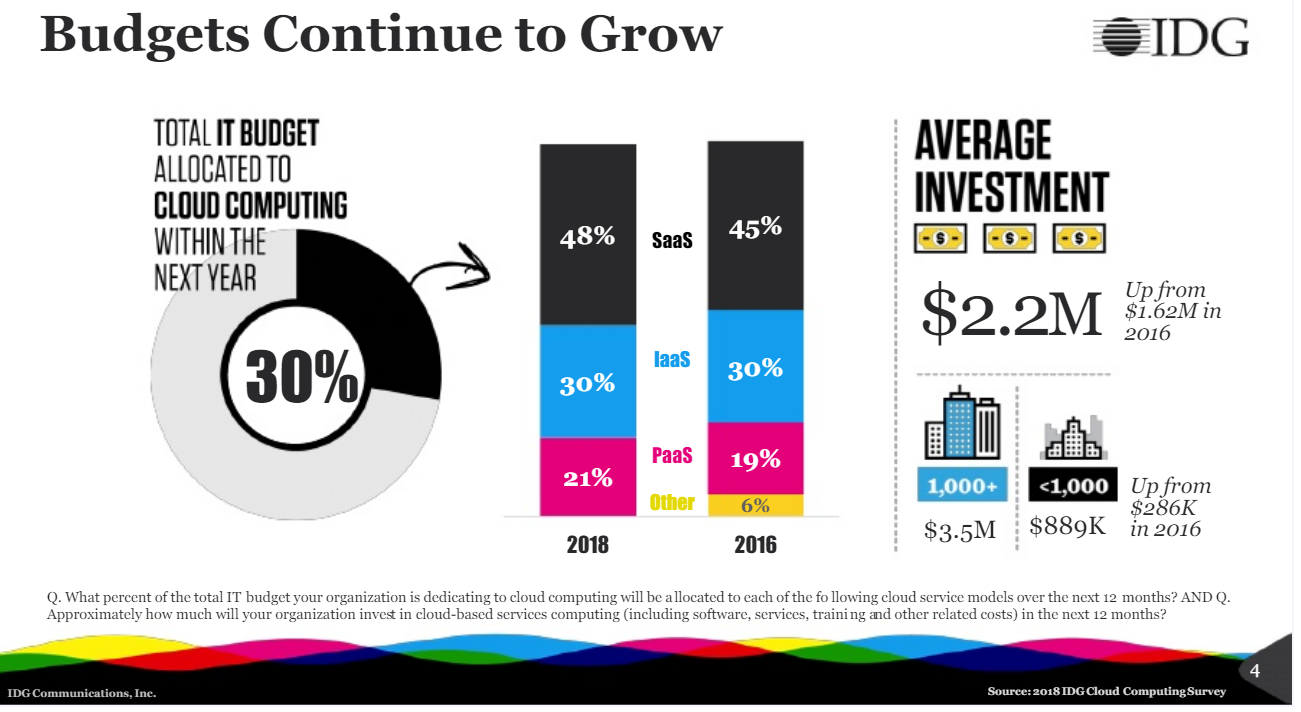 Here are four crucial conclusions of the report.

1.Most Companies Are Already Using the Cloud

The average size of the companies represented in IDG’s cloud computing survey had 12,297 employees. And, 73 percent of the IT representatives who weighed in said they were already using at least one cloud application or had a portion of their infrastructure in the cloud, while 17 percent said they’d likely begin transitioning to the cloud within a year.

2.Organizations Don’t Gravitate to Only One Cloud Delivery Model

This survey from IDG found that respondents end up choosing several cloud types when deciding what works best for their needs.

Overall, SaaS is the most popular model with 89 percent of companies reporting using it now and 95 percent saying they expected to be using it within 18 months — either by adopting it for the first time or continuing to use it after initially beginning to do so earlier.

Those statistics suggest that companies are carefully weighing their individual needs to find out which model works best for them, feeling comfortable about using multiple models when needed. And, because SaaS models are efficient to integrate compared to other options — but have less flexibility — they work well for organizations that prefer a time-saving approach when moving to the cloud.

Notably, more than half of the companies in the IDG study (52 percent) said they were still using non-cloud models. That percentage will drop to only 31 percent within 18 months, though, which indicates a growing and consistent adoption of cloud technologies.

3. IT Departments Are Under Pressure to Complete Total Migration

The study showed that 38 percent of IT professionals said they felt pressure to undergo a 100-percent migration to the cloud. That’s likely because representatives at those organizations recognize the many benefits of moving to the cloud, such as how it could facilitate an enterprise’s global expansion or improve overall efficiency across departments in a large organization.

Also, 71 percent of the total respondents reported organizations depend on cloud computing to boost the speed of IT service delivery. The amount climbed to 76 percent in organizations with at least 1000 employees.

Regardless of whether a company wants to expand to other markets around the world or focus on efforts closer to home but scale up the services it offers to customers, cloud computing meets those needs and others. Organizations no longer view cloud computing primarily as a cost-saving venture —they know they can rely on it to enable their business goals, too.

IDG revealed the amount of cloud investment changes with the size of a company. On average, though, the total cloud investments are substantially growing. In 2016, the average cloud budget was $1.62 million.

Now, it’s $2.2 million. As companies test new ways to use the cloud in their operations, the amount of money allocated should continue to grow over the near future.

Cloud Computing Is Here to Stay

IDG’s study emphasized how companies are well aware that cloud computing could help their businesses succeed and they’re open to investing it more year by year — or even set their sights on a 100-percent migration soon.