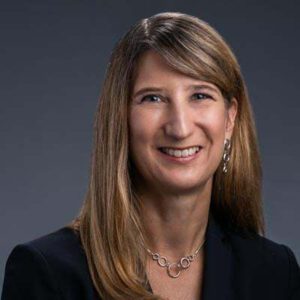 How a Connection Broker Manages Complexity and Remote Access

Consolidating desktop workloads in the datacenter using hyperconverged infrastructure and virtualization optimizes resources, reduces power consumption, and saves money. However, managing the complexity of a consolidated datacenter, along with public cloud resources, presents its own set of challenges. A connection broker is an essential element of an effective VDI or hosted application deployment to meet the challenges of datacenter or hybrid cloud complexity.

Data centers are a beast. No matter the size of your organization, building, maintaining, and Scaling your data center is a never-ending task for your over-worked IT department. If not properly managed, data center complexity increases your costs, reduces your agility, and can even hinder the performance of your mission-critical applications.

What are these mission-critical applications? They could be employee applications, like the CAD application used by your engineers. They could also be corporate applications, such as a Microsoft SQL Server database. Finally, important to a company like Leostream who builds connection broker technology, the “application” may actually be the user’s entire desktop.

Building independent silos for each of these “applications” – using dedicated storage, network, and servers for each use case – typically results in underutilized compute resources, high power consumption, and costly management fees.

Hyperconvergence and Virtualization to the Rescue

The virtualization layer then transforms the single physical server into multiple virtual servers or virtual desktops, optimizing hardware utilization. By implementing these two technologies together, IT can deploy applications and desktops faster, easily scale the data center as demand increases, and even save a little money.

While hyperconverged systems evolved to solve data center complexity, the public cloud threatened to add complexity back into IT. With the public cloud, IT could host desktops and applications off premises, usually at a lower cost and as an operating expense, instead of a capital expense.

While the promise of saving money is high, not all desktops and applications are suitable for moving to a cloud environment, leaving IT in a position where they need to manage applications and desktops both On-Premises and in the public cloud, in a complex hybrid environment.

What’s the big challenge presented by a complex hyperconverged and hybrid environments?

In two words – remote user access. When introducing technologies to solve data center complexity, or moving to the public cloud to save on capital expenses, you need to ensure that you don’t transfer complexity to the end user. End users need access to the correct desktops and applications, delivered using a display protocol that meets their performance needs, from almost any location. To address these challenges, a connection broker is an essential element in your hosted application and desktop deployment.

How does a connection broker manage datacenter complexity and user remote access?

End users don’t care where or how their desktops and applications are hosted; they just need access. By including a connection broker, such as the Leostream Connection Broker, users access a single portal to request and access any of the resources in your data center or even in a public cloud.

The Leostream Connection Broker integrates with a variety of hyperconverged, virtualization, and cloud platforms, such as VMware vSphere, OpenStack, AWS, Azure, and Google Cloud Platform, as well as different hardware form factors such as HPE Moonshot Systems or workstations that utilize NVIDIA GPUs. Regardless of how you decide to build your data center or what cloud you plan to use, end users always enter through a single Leostream login to gain access to their allocated applications and desktops.

Additionally, Leostream provides tools to help manage capacity in your cloud or virtualization platform by automatically launching and deleting desktops and applications as user demand waxes and wanes. Leostream can even be set to release or terminate the user’s desktop if they become idle. These tools, and more, help IT reign in application sprawl both on premises and in the cloud, where unintended sprawl increases compute costs.

A connection broker solves the primary challenge of datacenter-access complexity by connecting users to the applications and desktops they need to get their jobs done. With the connection broker managing end-user connections, IT can focus on managing complexity elsewhere in the data center, knowing that their users always have access to what they need.