Key to Making Your Website Accessible The internet has changed the education sector in so many ways. With e-learning, more

A California law requires many contractors to be treated as employees. One temp agency startup might stand to benefit, by 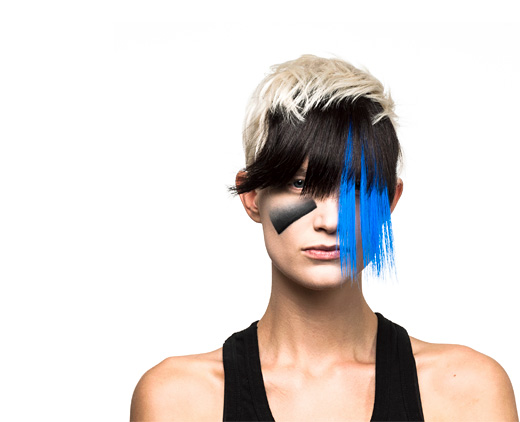 The woman above is wearing hair and makeup designed to fool today’s facial recognition surveillance technology. Why worry, that’s all in China not the U.S. Uh-oh! Did you know Atlanta has the most CCTV cameras per head in the U.S.? Sadly it is in the world’s top ten!

Like most of us I have been following the increasingly violent mass protests in Hong Kong. One of the lessons the protestors have learned from an earlier set of uprisings in 2014 – the Umbrella Protests – was they needed to hide their faces from the ubiquitous Close Circuit TV (CCTV) surveillance cameras using AI powered facial recognition technology. The authorities used the output of these systems to arrest and jail the “guilty”.

There has been a lot of controversy here in the U.S. about our police forces use of facial recognition tech. ICE (Immigration and Customs Enforcement) has been accused of mining the vast database of images from drivers licenses. Amazon Web Services (AWS) – the biggest cloud computing vendor – is one of the largest providers of this technology and was challenged last year that its system discriminated against minorities and females. Luckily, we are nothing like the Chinese – or maybe not.

Imagine my shock and chagrin to learn a couple of weeks ago that Atlanta, where I live, was in the top ten survielled cities in the world! I’ve seen the cameras. In stores, ATM’s and public places. In addition, there are hundreds on utility poles around the city. The ones equipped with police cameras have tiny discreet blue lights on top. I usually thought of these as reassuring.

After all Atlanta, the city and the metro area are growing rapidly. But, the city itself is short at least 350 officers and 911 reported crime response times are about 13.5 minutes in my zone. The government is struggling to recruit more officers but in the meantime what else can it do but leverage technology to be a force multiplier.

What is a free society to do? Assuming you agree we are a free society. As AI grows in its presence throughout our country some individuals are considering “Adversary AI”. The concept here is not to hack the code and exploit flaws in the actual code but to trick the algorithm to come to an incorrect conclusion. Let’s look on how that could work with AI driven facial recognition technology.

A facial recognition system uses biometrics to map facial features from a photograph or video. It compares the information with a database of known faces to find a match. This technique opens the AI to at least two ways to attack. One is the algorithm used to map the facial features. Fool the algorithm (making it produce misleading measurements) and you defeat the system.

The other is the database that the system was trained on. If the system was shown mainly pictures of western, white males of course, it is going to struggle when trying to match images of females and minorities. And if you’re a female minority you may be totally unrecognizable.

In 2003 William Gibson wrote “Pattern Recognition” where defeating mass surveillance is key to the heroes’ success. Today’s computer vision algorithms have never been so good at distinguishing human faces. NIST (National Institute of Standards and Technology) said last year that the best algorithms got 25 times better at finding a person in a large database between 2010 and 2018, and miss a true match just 0.2 percent of the time. That’s helped drive widespread use in government, commerce, and gadgets like the latest iPhone.

Maybe we should be worried but then again perhaps not. Speed and red light cameras have got a very mixed reception in the U.S.  Thirteen states have laws that prohibit speed cameras while twenty don’t have any statutes. Eight states have laws that prohibit red light cameras and twenty-one more don’t have any law. Definitely, that was a lumpy digital transformation.

More and more US cities are voting to ban their local government from using facial recognition. San Francisco was first, and places like Oakland, California, and Somerville, Massachusetts, have followed. Presidential candidate Bernie Sanders has called for banning police departments from using facial recognition, and lawmakers are planning to introduce a similar federal bill.

Can you imagine outlawing AI powered facial recognition or has the proverbial train left the station?

John is currently the principal of Pientka and Associates which specializes in IT and Cloud Computing.

Over the years John has been vice president at CGI Federal, where he lead their cloud computing division. He founded and served as CEO of GigEpath, which provided communication solutions to major corporations. He has also served as president of British Telecom’s outsourcing arm Syncordia, vice president and general manager of a division at Motorola.

Security is Job 1: Machines vs. Machines

Digital is redefining cybercrime and cyberwarfare Cyberattacks today are multi-stage, hard to discover and highly targeted. Some security threats are

Big Pivot Podcast: How To Become A More Effective CIO

Become A More Effective CIO The Big Pivot podcast, put together by IDG and Informatica, looks at how CIOs are

Lessons Learned When Moving to the Cloud

Moving to the Cloud Lessons At Leostream, we work with organizations around the globe that are moving workloads to the