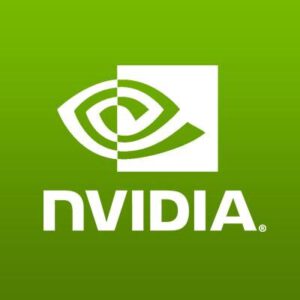 The takeover of British chip-design company Arm is being scrutinized by regulators in the U.S., the U.K., China, and now the European Commission have opened up a competition investigation into the deal.

Arm Ltd is a semiconductor and software design company, based out of Silicon Fen (Britain’s answer to Silicon Valley). Much of their business comes from the design of ARM processors (CPUs), although they make other chips as well. Arm dominates the market for processors in mobile phones, tablets and smart TVs. A whopping 160 billion chips have been made from Arm designs; that’s more than any other company in the history of the world.

The deal, worth $40 billion, was announced in September 2020 and has drawn scrutiny from regulators as it would give Nvidia control over a huge amount of the chips used for smart phones across the world. Although Nvidia offered some concessions to try to address concerns, the EU still said they had “serious doubts” about the deal as it could lead to less choice, reduced innovation, and higher prices for consumers.

“Whilst Arm and Nvidia do not directly compete, Arm’s IP is an important input in products competing with those of Nvidia, for example in datacentres, automotive and in internet of things,” European Commissioner for Competition Margrethe Vestager said. “Our analysis shows that the acquisition of Arm by Nvidia could lead to restricted or degraded access to Arm’s IP [intellectual property], with distortive effects in many markets where semiconductors are used.”

The probe could now take until March 2022 before it is completed,although Nvidia and Arm have reportedly been expecting regulatory investigations like this and believe that the deal could take 18 months. The EU has also got plans to investigate how the deal would affect the way competitors share information with Arm and if Nvidia could change Arm’s business model – given its role in the production of chips for our ever-increasing number of devices.

The mobile phone is spreading rapidly! According to Statista, there are currently 6.378 billion smartphone users, that’s 80.76% of the world’s population. This figure is up considerably from 2016 when there were only 3.668 billion users, 49.40% of that year’s global population. And phones aren’t the only thing in high demand.

Despite the chip shortage and COVID-19’s extended impact on the supply chain, the market for the Internet of Things continues to grow. In 2021, IoT Analytics predicted that the global number of connected IoT devices would grow 9%, to 12.3 billion. By 2025, there will likely be more than 27 billion IoT devices.

Chips are becoming ever more important to our world and those who control the supply have immense power. Hence why the deal has drawn so much attention. The UK is also investigating its potential national security implications with the Competition and Markets Authority weighing in with an investigation into the impact on innovation.

This led to inquiries in Washington and Brussels, while China is concerned with American control of this business which is vital to the internet of things. Rory Cellan-Jones – BBC Technology Correspondent said, “Around the world, regulators are deciding they need to take a look at this deal…Nvidia’s hard-driving leader Jensen Huang seems determined to see the deal through.”

This could mean more troubled times ahead for the supply chain of chips for smartphones. However, Nvidia seem determined to make this deal happen, so what concessions they will give to regulators will be revealed in time.