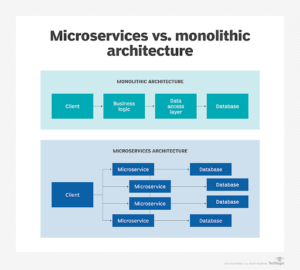 What is Microservices in DevOps?

What Is The Role of Microservices in DevOps?

The modern business landscape is constantly evolving, and so are the user requirements that come with it. What worked yesterday may not work tomorrow, and service providers must adapt to stay ahead of the curve. The same is true regarding security as new threats are emerging daily.

This ever-changing environment pushes both development methodologies and architectural approaches to evolve and provide more agility and enable shorter time-to-market. This evolution brought forth new approaches – DevOps in development methodologies and microservices in architecture approaches. Both have already proven their efficiency. As a result, more and more providers efficiently combine Microservices with DevOps. Let’s see why.

DevOps is a software engineering culture and set of practices that aims to unify software development (Dev) and software operations (Ops). The main goal of DevOps is to shorten the systems development life cycle and provide continuous delivery with high software quality. DevOps practices include continuous integration, continuous delivery, and Infrastructure as Code. These practices help to improve communication and collaboration between developers and operations teams, making it easier to deploy code changes quickly and efficiently.

While DevOps has its roots in web-based startups, it is now being adopted by organizations of all sizes in various industries. Demand creates supply. As of today, there are many tools and specialists on the market to help you embrace DevOps and go through DevOps transformation. If you do not have the urge or ability to hire such experts, you can always contact the Cloud DevOps service company to help you through the transformation.

Long story short, DevOps is all about fast delivery turn-around, much interaction between team members on all layers and reduced cost of change in software development.

Let’s start with microservices. Microservices is a software development technique—a variant of the SOA architectural style that structures an application as a collection of loosely coupled services. It enables faster coding, testing and delivery of apps by breaking down the monolithic applications into smaller parts that can be developed and deployed independently.

In a microservices architecture, the protocols are lightweight, and services are fine-grained to be deployed independently and scale easily. As a result, microservices in DevOps help to achieve faster release cycles and more granular control over dependencies. It also enables the use of multiple languages and technologies for different services.

Microservices Azure portrays above consists of a group of small, autonomous services. Each service should implement a single business capability inside a defined environment and is self-contained. A domain model has a defined border inside a bounded context, which is a natural split within a firm. In a nutshell, Microservices architecture in Azure is deployed in the same place as your services and connects the registry to a resource group.

Role of Microservices in DevOps

When used correctly, microservices can be a powerful tool for organizations looking to improve their DevOps practices.

To fully comprehend what are Microservices in DevOps and what role they play combined, let’s list the advantages first.

One of the critical advantages of microservices is flexibility. Breaking up a monolithic application into smaller, independent services makes it much easier to make changes and upgrades without affecting the entire system. This is especially helpful in a DevOps environment, where speed and agility are essential. With microservices, new features can be quickly added or updated without impacting the rest of the system. This makes it much easier to deploy changes regularly without disrupting service or causing downtime.

Containerization is a way of packaging software to be easily deployed on various platforms. By encapsulating an application in a container, developers can avoid dealing with the complexities of different operating systems and hardware configurations. This makes it possible to quickly and easily deploy applications consistently across multiple environments.

Managing hundreds or thousands of servers used to require significant manual effort. However, with microservices, this task can be automated using serverless architectures and container orchestration tools. As a result, DevOps Microservices teams can focus on delivering value to customers rather than struggling to keep up with the demands of traditional infrastructure. Not only does this make for a better customer experience, but it also helps to improve organizational efficiency and reduce costs.

One of the most significant benefits of microservices is that they can be scaled independently, allowing organizations to meet the demands of their users better. In a traditional monolithic application, all components are tightly coupled, making it challenging to scale individual parts of the system. This can often lead to underutilized resources and increased costs. By contrast, microservices can be deployed on separate servers and scaled up or down as needed. This gives organizations the flexibility to respond quickly to changing demands without incurring the expense of maintaining unused capacity.

Benefits of Combining DevOps and Microservices 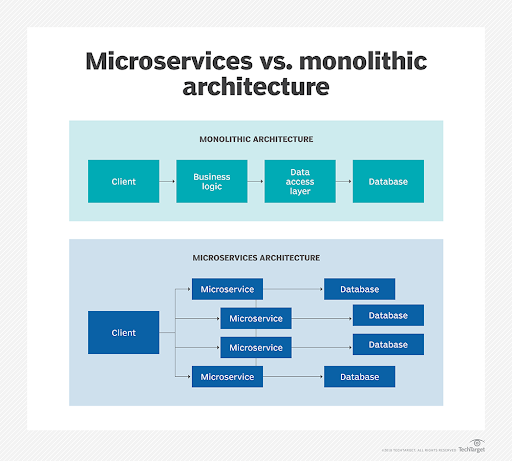 Let’s see what this merge can bring to the table.

One of the biggest benefits of the DevOps – Microservices mix is the increased frequency of software releases. When microservices are used to build applications, changes to the code can be quickly made, tested, and deployed without affecting the rest of the system. This makes it much easier to experiment with new features and fix bugs, increasing user adoption and fostering a culture of continuous improvement.

Microservices allow for better code quality by increasing the granularity and isolation of code. This isolation allows developers to modularize the codebase and create more flexible applications, improve the reliability of systems, reduce the complexity of deployments, and eliminate the need for manual testing. It can also reduce the time it takes to deploy and roll out software changes.

Reusing code has long been one of the primary benefits of building software. When code is modularized, it becomes easier to reuse in different contexts and applications. This can help to reduce the cost of developing software and the time it takes to get new features or fixes into production. When combined with microservices, the ability to reuse code can increase the ability to experiment and respond to changing needs and market conditions.

Resilience is one of the most essential advantages of microservices. Because each service can only rely on its own code and cannot call other ones, microservices are inherently resilient. They can fail individually without bringing down the entire application. Microservices also isolate your software from other services by using their own process and logging and monitoring tools.

The two primary goals of DevOps are to improve the quality and speed of delivering software. One way to achieve this goal is with higher levels of automation. Microservices enable you to build more automated systems that can be integrated with other services to create complex, dynamic software applications. This enables companies to build higher levels of automation with Microservices in DevOps.

You get the best of both worlds when you combine DevOps and microservices. Each team has more autonomy to develop and deploy its services while leveraging DevOps practices’ benefits. Microservices in DevOps give the developers the autonomy to focus more on the application logic and less on tedious operational tasks such as scaling, paying servers, or managing storage. This approach also allows them to think holistically about their product. By combining DevOps and microservices, organizations can give more autonomy to their teams, leading to faster development cycles and more reliable software.

The trend toward microservices is gathering steam as more and more organizations move away from traditional, monolithic architectures in favor of a more modular approach. This shift can potentially increase DevOps productivity since microservices can be deployed and scaled much more quickly than large, monolithic applications. In addition, using containers and other lightweight virtualization technologies makes it easier to spin up new microservices on demand. They’ll also be able to better meet the demands of their customers, who are increasingly expecting faster turnaround times on new features and functionality.

Certainly, microservices are not a universal solution. Every business case is different, and each project has its specific requirements. However, the combination of DevOps + microservices, when appropriate, produces excellent results. Therefore, we recommend that you at least consider moving to microservices if you haven’t already.

Yana is a linguistics professional proficient in many aspects of this area, including translation, localization, technical and marketing writing. In Sigma Software, she is engaged in creation of company media, marketing and PR documentation.