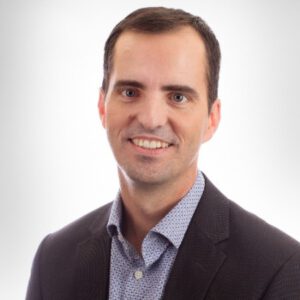 The Great Arms Race For Security

Since its infancy in the early seventies when the first computer virus was created, the malware and anti-malware business has grown into multi-billion dollar industries. No longer are script kiddies creating malware for notoriety, instead the malware industry is run by organized criminals who invest time and money in new technologies and methods to compromise systems for profit.

The evolution of malware is the driver for the progress of security. Malware propagation has gone from floppy disks, to email attachments, and on to remote exploits of vulnerabilities. Malicious software itself has become more sophisticated by using kernel-level code to hide as rootkits, effectively moving down the stack. The result: an ‘arms race’ between organized criminals and security vendors. Each party reacts to changes in the industry to gain the upper hand. Take for example the growth in broadband adoption since the early 2000’s. As broadband adoption grew so too did the number of endpoints in botnets.

Security vendors process in excess of 4 billion requests per day to stop malware from propagating. However, the basic fundamentals of security have not changed in over 20 years. Malware takes advantage of exploiting Vulnerabilities in operating systems and applications that run in them. The key point is that security solutions are implemented to stop malware within an operating system; however there is no such thing as a full-proof system. Security solutions operate within the confines of an operating system privilege structure. When attempting to inspect the system it is impossible to guarantee the integrity of the execution space of the security software running in the same execution space as malware. Therefore, beyond the question of whether or not a system has been compromised, it is a matter of what has not been found. With this in mind, the challenge for the security industry is to make the cost of attack so expensive that organized criminals choose different easier methods – for example basic social engineering techniques like a 451 scam.

Just as the rise of the Internet provided new opportunities for attackers, so too has virtualization and cloud technologies provided both security experts and attackers with new opportunities. With cloud computing the security challenge is even further exacerbated simply because end-users do not have access to the underlying infrastructure. Understanding how changing the infrastructure beneath endpoints affects endpoint security is elemental for security strategies. With all the benefits that virtualization brings, there are also new risks. Side channel exploitation, where a virtual machine is attacked from a neighboring virtual machine via a vulnerability are possible. This is simply due to the fact that multiple virtual machines share the same hardware via the hypervisor. In the case of cloud computing where multi-tenancy is the norm, there is no assurance that the end-user controlling a neighboring virtual machine has malicious intentions or not.

Virtualization and cloud computing is changing the security industry, both from a technology standpoint and the way it is consumed. With the benefits of a pay-as-you-grow model that cloud computing offers, end-users are able to quickly deploy IT infrastructure that addresses the business need without a large capital outlay. The security industry is evolving to meet this same licensing model requirements. However, even by meeting the needs of end-user license model requirements in the cloud; the challenge still remains the same. It is impossible to guarantee the integrity of the execution space of the security software running in the same execution space as threats.

With virtualization technology we now have the opportunity to exponentially raise the cost of attack on a system by gaining full visibility into the entire stack.

By utilizing hypervisor introspection technology it is possible to ensure the integrity of critical operating system areas, like the kernel for example. Through these introspective techniques threats are prevented from hiding or executing certain payloads within an operating system. Hypervisor introspection provides the security industry with the tooling to exponentially raise the cost of attack, by gaining full visibility into the execution space without operating in the same space that threats operate in. Similar to the movie “Minority report” where in the future criminals are arrested before they commit a crime, so too does virtualization technology enable security vendors to gain full visibility into systems and operate outside of the execution space that threats exist in.