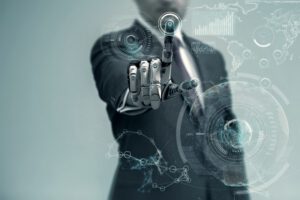 A little while back, I did an article on how to make money as a professional, playing different types of cloud video games. The industry behind this phenomenon is growing at a geometric rate, with new events and tournaments popping up every year.

Fortunately for those of us who do not have the time or skills to game professionally, that is not the only aspect of cloud Gaming that has real-world benefits and rewards. The economies inside the games themselves many times mirror what you would find out in the real world. And given that a whole slew of in-game items have value out in the real world, virtual economies are increasingly becoming attractive for entrepreneurs.

When it comes to providing an example of a cloud game that has developed in intricate and thriving virtual economy, Eve Online is sure to be the first to pop into most industry professional’s mind. In fact, Eve Online’s economy, in terms of sheer size, actually dwarfs the real-world economy of Iceland, the company from which it is based.

Size is not the only factor that makes Eve Online’s economy such an interesting thing to examine. The mechanics and operation of the economy are so intricate that they require an economist to oversee. Eyjólfur Guðmundsson, the economist responsible for Eve Online’s oversight, is quoted as saying “For all intents and purposes, this is an economy that has activity equal to a small country in real life. There’s nothing ‘virtual’ about this world.”

The vibrancy and importance of the virtual economy goes a step further when it comes to the game Second Life. In fact, Second Life’s in-game operations and economy are so well developed, it has been designated as a virtual world instead of a game by many people.

A perfect example of the similarities between Second Life’s virtual economy and that of the real world can be seen with the scare that occurred in 2006 with CopyBot. CopyBot allowed any item in Second Life to be copied, bypassing the need to buy them with the in-game currency, Linden Dollars. This prompted the game’s creators, Linden Lab, to explore the option of filing a complaint under the Digital Millennium Copyright Act. This, in essence, gave real-world value to the virtual items inside the game.

Blizzard, the creator of the highly-popular cloud game, Diablo 3, actually took things a bit further when they established a real money auction house (RMAH), which allowed players to auction off in-game items for real-world cash. The idea behind the RMAH was to steer players away from third-party markets held outside of the Blizzard umbrella.

Unfortunately, the result was a whole slew of new botters (gamers who use automated scripts solely to accrue virtual items), which in turn tanked the gold value in Diablo 3. This had pretty much the same effect that it would have had on a real-world economy: hyperinflation.

Virtual economies are growing in size and complexity with each cloud game that makes its mark with the public. Have you had any experience buying and selling in a virtual environment? Let us know in the Comments section below!

In 2011, Joe launched his writing career, dealing primarily with the tech topics he is so familiar with (Tech & Gaming). Today, Joe uses his experience and talent to create quality and enjoyable pieces on everything from gaming hardware and software, to individual games and gaming companies.