The internet of things is changing everything about the world around us. Never before in human history has the world been changing so quickly. In truth, the rate of growth in the technology world has been growing exponentially for a long time, but since the advent of smartphones in the last decade, things that we never consider to be ‘technological’, like parks, waste collections, and sidewalks are all falling under the spell of the internet of things.

Some of the biggest changes aren’t taking place in the home, on our computers, or in high-end cyber companies, but in the very cities we inhabit. The internet of things is changing the way we interact with around urban surrounds, and in tandem, tech in our urban surrounds is changing our habits and the way we conduct our lives.

Here we take a look at a few areas: 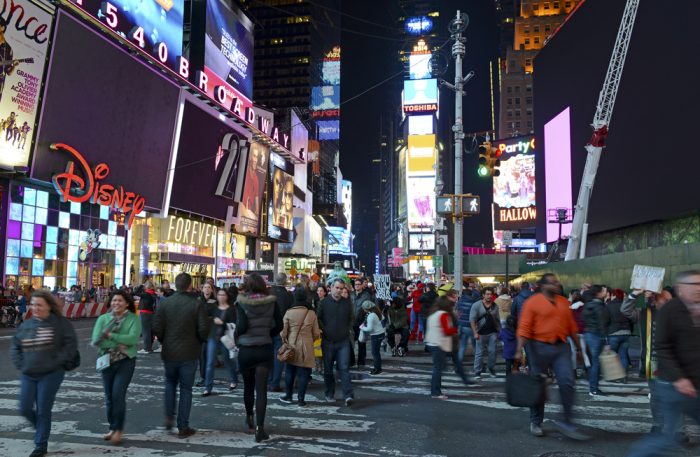 Exciting? No. Vital? Yes. Street lighting is one of the most important aspects of city design. It can change the routes people take to get from A to B, can give a feeling of security, and can drastically effect the mood and feel of a place.

Now, there are initiatives around the world to turn street lights into Wi-Fi hotspots, thus further subconsciously altering the routes we take if we know we’ll be ‘on the grid’ for the duration of our journey. New York is one example of a city that’s trying it out. “This administration has committed to making New York City work better for every community, and this free outdoor Wi-Fi is a down payment on that promise,” said Mayor Bill de Blasio at the time of the project’s launch. The city is introducing a network of 7,000 hotspots which they hope will bring in $17.5 million for the city annually through various revenue streams associated with them.

Public spaces such as parks and sidewalks are also beginning to utilize the internet of things in a bid to make city life easier and more efficient.

He believes that ideas such as information delivery, surveillance, danger management, and emergency vehicle path clearing can all be improved by using these spaces more effectively and connecting them to the IoT.

Imagine a world where all cars are driverless, congestion is managed in real-time, and public transport routes and frequency are dynamic. It would mean infrastructure no longer has to be planned to allow for human error. Instead of making traffic lanes wider, they can become narrower, bike lanes can be added, and there becomes more free space.

Paul Salama, senior planner at WXY – an urban planning firm – says “I see a future where, if you don’t have to worry about human error, then you can design these spaces in the way that is the most comfortable for a person. It’s an exciting vision”. John Picard, an architect and sustainability expert, agrees with Salama “we’re moving toward a ‘demand response’ smart grid, with which we can determine how much power or how much of a specific resource is required at a given time”, he says.

What do you think? Have you noticed the IoT start to affect your urban environment? Let us know in the comments below.

Successfully Resist Wiretapping Attempts Against the backdrop of events in the US, the popularity of the Signal secure messenger has grown sharply - from 6,000 to 26,000 downloads per day. This software uses strong cryptography ...

What Accountants Should Know About The Cloud

Cloud Accounting Cloud technology has been at the top of the charts of new-age technologies for a long time now. Almost every industry in the world has started realizing its capabilities and integrating cloud strategies ...

Living on the Edge: The New Real-Time Communications Security Risks

Real-time communications Security Risks As more and more people have been forced to work remotely due to the global public health crisis, collaboration platforms have unexpectedly saved the day for millions of businesses and allowed ...

A Clairvoyant Look Back on 2021

Are your data-driven insights driving business results? This is the fourth piece of a 5-part series on plugging the obvious but overlooked gaps in achieving digital success through a refined data strategy. How would you ...

Looking Back – and Looking Forward to 2020

As we celebrate our thirtieth anniversary here at (ISC)², it’s incredible to look back at the changes our industry has been through. From advances in technology, to changing policy and regulations, this field is constantly ...