Infographic: How much data is produced every day? 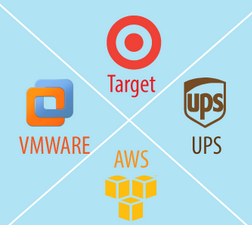 How much data is produced?

When talking to someone about big data, they immediately conjure up images of giant warehouses full of servers, staff poring over page after page of numbers and statistics, and some big brother-esque official sat in a huge government building watching us all.

The truth is somewhat different. Big data is rapidly becoming one of the driving forces behind the global economy and is underpinning economic development in poorer countries. That’s something exciting, and like anything exciting, it means there’s a vast number of facts and untold nuggets of information that could surprise even big data’s most ardent followers.

The infographic in this article highlights some of those facts. We’ve listed some of the most interesting below:

Q. How much data is produced every day?

A. The amount of data is growing exponentially. Today, our best estimates suggest that at least 2.5 quintillion bytes of data is produced every day (that’s 2.5 followed by a staggering 18 zeros!). As the infographic points out, that’s everything from data collected by the Curiosity Rover on Mars, to your Facebook photos from your latest vacation.

Q. Which is the largest ‘big data’ company in the world?

A. Unsurprisingly, the answer to this question is Google. Perhaps more surprisingly are some of the figures behind the company… For example, did you know Google processes 3.5 billion requests per day? Or that Google stores 10 exabytes of data (10 billion gigabytes!)? Facebook, Microsoft, and Amazon all give Google a run for their money; Facebook alone has 2.5 billion pieces of content, 2.7 billion ‘likes’ and 300 million photos – all of which adds up to more than 500 terabytes of data.

Q. Which company has the most servers?

A. Given the answer to the last question, you’d be forgiven for thinking the answer to this question was Google. Actually, the answer is Amazon. They host their estimate 1,000,000,000 gigabytes of data across more than 1,400,000 servers. Google and Microsoft are both presumed to have about 1,000,000 servers, but neither will release exact figures.

Q. What percentage of data is in digital format?

A. Picture every book in every library, school, home, and company in the entire world – it’s a lot of books. Yet all those books combined make up a maximum of 6 percent of the sum total of all human data. In 2007 it was estimated that a mammoth 94 percent of all data was stored in a digital format. Furthermore, a phenomenal 90 percent of all data ever produced by humans has been made in the last two years.

Q. What does the future hold?

This terrific infographic courtesy of Adeptia outlines some of these Big Data surprising facts.