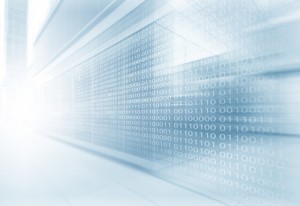 Looking at cloud VPN (virtual private networks) as a way to bolster web privacy. Have you ever had the slightly unnerving experience of browsing on a brand’s website or interacting with a company online, only to find a few hours later that the brand is now all over your social media channels, and is targeting ads at you as if it knows exactly who you are? Most of us have had that experience and are almost reaching a point where we take it for granted.

The collection of metadata and the tracking of a user’s browsing history has become an extremely sophisticated business, but a flurry of court decisions in recent weeks may be turning the tide and about to put the brakes on the ambitions of corporations and the seemingly inevitable march away from privacy.

The Wall Street Journal reports that “The Belgian Privacy Commission had brought the case against Facebook in June, accusing the company of raking in personal data of its users as well as nonmembers without asking for consent or adequately explaining how the data would be used. At issue for the regulator is how Facebook tracks Internet users on external websites through the use of “like” and “share” buttons.””

Both rulings tap into a growing sense of unease amongst consumers about how far they are prepared to go in allowing corporations to monitor their online activity with a goal to targeting products and advertising at them. And it’s not just on the web either where this is happening. Non-profit investigative newsroom ProPublica reports that “Vizio’s Smart TVs track your viewing habits and share it with advertisers, who can then find you on your phone and other devices.” It’s one of the tradeoffs that Vizio justifies as a way to generate revenue while keeping the prices of their hardware more affordable. It’s not just Vizio doing the watching, but the way its tracking behavior is set up is more aggressive than companies like Samsung and LG. both of which track viewing habits only when that feature is specifically turned on.

In its ruling around data collection, the US Federal Court draws some important distinctions that could have far reaching implications for both Government and big business; arguing that it’s not just content that cannot be tracked but URLs as well. This makes sense, due to the fact that it’s easy to see how a specific URL can tell a company as much as the content on that page can do. “A visit to “webmd.com,” for Instance, might count as metadata, as Cato Institute senior fellow Julian Sanchez explains. But a visit to “www.webmd.com/family-pregnancy” clearly reveals something about the visitor’s communications with WebMD, not just the fact of the visit,” writes Andy Greenberg for Wired magazine.

A compromise position needs to be found between governments, large corporations and users where the various parties can agree on the level of access that is acceptable in a world rapidly automating and where the ‘’internet of things’’ looms closer everyday with its potential to make our lives infinitely easier at the risk of our threatened privacy.

Stay tuned as we will touch on a number of cloud VPN services in a future update.