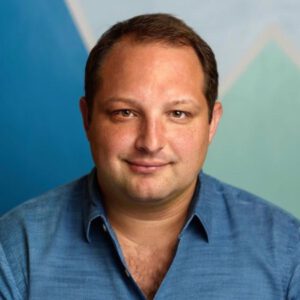 The mass migration to the cloud is well under way and will only accelerate. Two giants continue to dominate the space and their market capitalization will dictate the roles smaller companies play in the market. IT tools and leaders in the field will enable larger numbers of organizations to fully embrace technology and money markets have read the writing on the wall.

Given how drastically IT and the cloud shift are evolving, what can we expect in 2016? Here are 3 themes that will prevail in the year ahead:

1. The cloud office wars between Google and Microsoft will continue.

Partners are going to need to support both suites in order to be successful, because it will become clear that both platforms serve specific market segments better than the other.

For example, Google tends to better serve small to medium businesses, while Microsoft answers the needs of larger enterprises). Google’s EA buyout offer demonstrates how much is at stake, and Microsoft has said they want the customers they lost back. These companies are fighting for the most important real estate, as messaging and collaboration is the foundation of the cloud stack, it’s the layer that everything else connects into. While these companies continue to battle, they’re going to make it even harder for the others in the space like Box and Dropbox to compete. These fringe competitors will need to find their place in the market, because the masses will become too expensive to attract as Google and Microsoft have too much leverage once they own the foundational layer. Many customers won’t go all Google or all Microsoft but the platforms are going to do their best to incentivize that behavior.

In 2016, I believe IT people’s jobs will start changing en masse. There will be cloud-specific certifications, and more of the newer generation of IT people coming up in their organizations will step into leadership positions. This is the year when shadow IT will actually be embraced and seen as an opportunity to truly affect change in an organization. CIOs will be pushed to the cloud by their user populations, by their CEOs, and even by their boards as the market continues to produce success stories of organizations transforming the way they work by moving to the cloud. Every company in the world needs to be technology enabled and IT can be the enabler, and through that process change how they’re valued in organizations. SaaS applications will continue to give IT more time to focus on strategic tasks.

3. Consolidation will continue in all areas of the cloud industry.

There has been a huge increase in the number of SaaS applications and the money invested in them. From Sept. 3, 2014 to Sept. 3, 2015, startup funding increased 50% overall from $35.3 Billion to $53 Billion in 2015, according to Mattermark. And with scalable cloud infrastructure like Amazon Web Services (AWS), Microsoft Azure, and Google Cloud Platform, products can be up and running as soon as they’re coded. That’s why more and more SaaS applications are really just features and not full-fledged products. Some are getting traction, but as the leaders get more traction and the VC market starts to slow down, many of these large players will need to add more functionality in order to increase ARPU and keep retention high.

Small companies may not have the financial runway or customer distribution in place to confidently turn down offers from these leaders. On the partner side, some cloud partners already have enough scale to build really big businesses. We’ve seen the first of these with Accenture acquiring Cloud Sherpas, and there will be many more partners getting to that scale in 2016. These partners have the expertise, relationships with SaaS vendors, systems to really build big businesses, and some of them have raised VC funding. In 2016, this group will look to scale even faster. Many of the smaller partners have been at it for years, and again we’ll probably see some consolidation and there will be 10 or so real players that evolve outside of the big consulting companies.

Cloud based applications and IT enablers have come a long way, and in 2016, both will continue to evolve into a more specialized and useful industry touching every level of the organization, large and small. Google and Microsoft will continue to lead, while competitors fill niche roles and are gobbled up by larger companies. I truly believe this is the golden age of IT and am excited to see how the market continues to evolve in the year ahead.