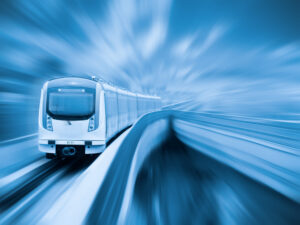 Artificial Intelligence and the Emergence of Amazon Go and Microsoft Zo

“No lines, no check-outs, no registers” – This is the world that Amazon Go promises to deliver. You simply scan in as a use when you enter the store, and then you don’t have to do anything else apart from take what you want from the shelves using their “just walk out technology”. This is made possible using the same types of tech used in self-driving cars: computer vision, sensor fusion, and deep learning. The technology detects when you have taken an item from the shelf, and then puts it into a virtual cart – you can even put items back as you please and Amazon Go will take them out of your basket. There has been controversy over what this means for the future of work, but Amazon have been quick to point out that the technology is a long way away from widespread use or implementation.

IBM have released new cloud data services for their foray into platform-as-a-service technology, Bluemix. IBM Decision Optimisation on Cloud, which is currently in beta, helps organisations process a large amount of data, including predictions, business goals and transactional figures, and present them as decision points. This allows businesses to make intelligent decisions about processes like stock flow, without the need for individual understanding of stock prices and levels etc. They also released  IBM Bluemix Lift, a data migration tool for the Watson Data Platform that can encrypt data being transferred at up to 225GB per hour, and IBM dashDB for Transactions, which is a fully managed SLQ database.

Microsoft have announced a follow-up to their widely publicized Tay.ai bot that was corrupted by users with hate-filled language. Zo, is being made available ahead of time to Kik users, or by request for non-kik users right here. In an attempt to prevent another disaster like Tay, Zo has much stricter parameters – for example, it won’t discuss politics. This seems to be another step along the AI path from Microsoft in order to compete with Google and Apple, especially after a Bing Assistant was recently rumoured to be in the works – an obvious competitor to the Google Assistant.

Project Titan sounds more like a summer blockbuster than a secret Apple project, but Apple have sparked rumours surrounding an Apple electric/autonomous vehicle. Apple have reportedly hired numerous ex-Ford and Tesla employees to work on the project, which seems to moving towards autonomous vehicle software, rather than a car itself – though there are numerous rumours of potential partners who could manufacture the car for Apple (Austrian based Magna Steyr have been touted in this category). Rumours started to circle again when Apple wrote a letter to U.S. National Highway Traffic Safety Administration he regarding the legislation that gives new entrants to the market a disadvantage to those companies who are already established – something they surely wouldn’t care about unless they were trying to break into the market.

In June of this year Microsoft announced their $26.2 billion deal to acquire LinkedIn. Last week, Microsoft announced that this deal had been finalized, bringing Microsoft one step closer to the 467 million users on LinkedIn. The deal is a huge acquisition for Microsoft, and they have wasted no time in outlining a massive plan to integrate LinkedIn into the Microsoft system as a whole, while adding new and intuitive features such as the social selling tools and expansion to LinkedIn learning.