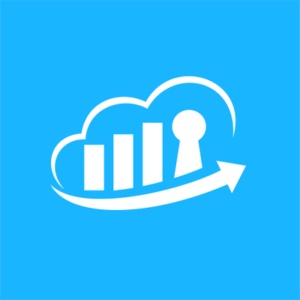 We are sure 2017, much like 2016, is going to be another amazing year for technology and innovation. We have put together a list (in no particular order) of companies that you might want to put on your watch list for the coming year. We have included a mix of big names and fast growing start-ups, from a range of industries, all of whom are on the cutting edge of their respective fields.

Cimagine, is a mobile, cloud-based platform, that allows clients to see what a product would look like in their store, by creating a 3-D visualization of the product on a phone or tablet, using a similar technology to Pokemon Go. For example, Coca-Cola, (one of their biggest clients) can use the software to show store owners how vending machines or displays would fit into spaces in the shop (check out this video for a demonstration of the product). They have just recently been bought by Snap Inc (Snapchat rebranded), in a deal worth somewhere between $30 and $40 million. Snap Inc have now made 6 acquisitions this year, so the development of their main product, Snapchat, in conjunction with this technology, is definitely something to watch in 2017.

SecurityScorecard was founded in 2013 by two former security leaders based the idea on their experience vetting a product and working on a security assessment. They use their algorithms to monitor signals across the internet in order to provide an early warning signal for attacks and to deduce whether a company has security Vulnerabilities that need to be addressed. They can assess how companies can remediate their problems or weaknesses, and how quickly the issues can be addressed. This type of security assessment is going to become increasingly more critical going forward, as we exchange more and more data via the cloud. So in order to prevent massive breaches and data loss, we are all going to have to step up our cyber-security.

OpenAI is a non-profit Artificial Intelligence research company, co-founded by Elon Musk, that aims to promote the open and cautious development of AI systems. The company was born out of fear of losing control to AI, something Musk believes is a very real threat to the progress of humanity. So rather than condemn Artificial Intelligence, OpenAI encourages a culture of collaboration, to ensure that we don’t lose control. With platforms like Universe and Gym unveiled in the later stages of 2016, to improve and aid training of AI and deep learning programs, OpenAI is going to be a huge part of the future.

Recently we have seen several firms pop up attempting to be the Uber of private jets. Jay-Z backed start-up JetSmarter has become the world fastest growing private jet company in the world. They allow you to hire private jets, rent out single seat, or even look for seats on chartered flights, and could become a brand new way of traveling for company executives. In December they announced that they had raised $105 million from a 3rd round of funding, with the company being valued in the $1.5 billion range! They hope that once they can garner more customers that the costs could easily rival flying first class on many routes and compete with some top luxury airlines.

IBM are going to have a big year in 2017, but not with their traditional services. Their newer enterprises like their cloud services, Watson, and analytics services, represented 40 percent of its sales  in Q3 of 2016. Although their cloud services are not yet rivaling AWS, they have a larger share of the infinitely more competitive PaaS (Platform-as-a-Service) market. On top of that, they have pledged $1 billion to hire 25,000 new workers over the next 4 years, and are set to markedly grow their data center capacity. IBM are likely to focus themselves on working higher up the stack, concentrating on PaaS and applications, rather than try to compete head on with Amazon’s cloud.

Salesforce is a cloud computing company based in California, and is one of the most highly valued cloud computing firms in the world, at $55 billion. Salesforce is one to watch for 2017 and beyond because of Einstein. Salesforce Einstein is an artificial intelligence (AI) that is built on the Salesforce Platform, where it powers what Salesforce dub “the world’s smartest CRM”. Although it was criticized to begin with, as it required sales reps to spend a lot of time inputting data, they have transformed the service looking forward. Einstein is now being reimagined to process the data itself and offer suggestions for what to do next; leaving the sales representatives free to work on what they do best. Einstein’s development at the core of Salesforce’s services, will keep them at the top end of their industry.

Amazon has rapidly expanded its cloud computing division, Amazon Web Services (AWS), over the last few years. They consistently release new cloud services, such as Lightsail and AWS Managed Services, that disrupt the industry and keep themselves one step ahead of the competition. They are also expanding globally with a new region in France and an AWS office in Dubai opening in 2017 as well. As the cloud expands Amazon are like to expand with it,  Alex Newman commented on Investing.com: “If there is any one tech company which investors should pay attention to, it is Amazon. Amazon’s commanding share in both cloud technology and online retail will make it a great stock for 2017.”

Illusive Networks is a cybersecurity firm based in Tel Aviv, Israel. They provide a unique cyber security solution, by laying traps for hackers. They deceive cyber-attackers by planting false information about given network’s resources, leading hackers in and steering them away from your high-value data. Network admins are alerted and can then act according to on the threat. This web of decoys that is woven into your system could be the next step in cyber-security.

I hope you didn’t think we had forgotten everybody’s favourite search engine. With their whole organization running on green energy from 2017, there is plenty to get excited about in the year ahead. Google’s IoT line of products is set to expand, with Google Watches, Pixel 2.0, and Glass all rumoured for release next year, and their cloud services are likely to continue to grow as they attempt to challenge Amazon’s domination. Their recent reveal of Android Things (and its integration with Google Weave) is another thing to watch, not to mention their AI research and the Google Assistant and Google Home technology. Google will never be far from the news in 2017.