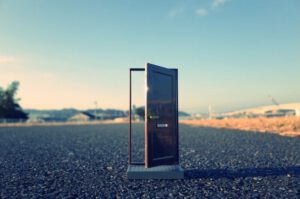 Digital transformation in banking is accelerating quickly, and the willingness of the general public to convert to the service is driving this transformation. A survey conducted by Mckinsey found that in developed parts of Asia, 80% of those surveyed were willing to transfer to a digital bank, although in less developed regions that willingness dropped to 50%. In the western hemisphere, there is a similar trend, with 32% of Europeans using mobile digital payments and 20% adopting crypto-currencies like Bitcoin.

According to Raconteur, 55% of UK current account holders would choose to have products with other financial institutions if they offered a better deal than their main bank. So while loyalty to a certain bank still plays a part, the majority of people will move around to find the best deals – or the best product in the case of internet banking. Fully digital banking arrived in the UK earlier this year with Atom Bank becoming the first app-based bank to get a banking licence from the Bank of England, and other Fintech Start-ups like Monzo, Starling, and Tandem are gaining steam in seeking to take on the big banks and disrupt the financial industry in the UK.

Globally the digital banking market is set to grow at around 8% between years 2016 to 2022, due to the increasing adoption and implementation of cloud-based services and the digitization trend we are already seeing in banking. Canada in particular are racing towards mass adoption of digital banking, with 78.2% of adult internet users in Canada digitally accessing their bank accounts at least once a month.

The target audience for these services is Millennials, typically those born from 1981-1997. They are much more likely to embrace disruption and digital transformations as a positive change compared to older generations – but herein lies the problem; the older generations still prefer to use traditional banking, for a multitude of reasons. They like the personal interaction that is lost via digital services, the ease of access to funds and deposits, and the security that is associated with traditional banking. It can be easy to over-look the vast digital divide that exists in our society today, with older generations remaining loyal to traditional institutions and hesitant to embrace new disruptive technology. Similarly, it has been suggested that bank branches may never truly disappear, because of cyber-security concerns, the inflexibility of digital banks to solve unique problems, and higher digital banking fees.