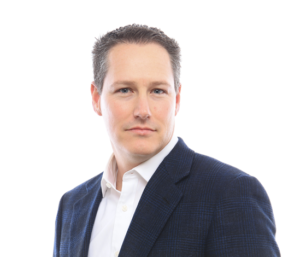 A Look at Different Approaches to Cloud Migration

The public cloud has gained considerable momentum this past decade. Concerns about cost and security have largely been put to rest as AWS, Azure and newcomers like Google have surged. When it comes to launching new “greenfield” applications, such as Salesforce, Dropbox or Microsoft 365, businesses have shown themselves ready to embrace the cloud. The SaaS market is expected to grow at a CAGR of 28.3 percent by 2025.

First, there’s server replication, where the contents of a server are copied onto another server. This process is suitable for small applications. When you move a workload to cloud, the server component is mostly trivial. The hard part isn’t in VM, it’s in all connections to VM.

The second approach to cloud migration is image conversion. In this case, images are converted from one format into another so they can run in the cloud. This approach is good for low-risk, small production environments. Ultimately, though, it’s only suitable for a small subset of all cloud migration, roughly 20 percent.

Server replication and image conversion are two of the earlier form of cloud migration that emerged about ten years ago. Both approaches rely heavily on manual processes that can be a challenge for even experienced specialists to execute. Networking and configuration were especially tricky in these earlier migration efforts, leading to errors. In addition to being more cumbersome and thus raising costs, manual migrations also introduce an element of risk.

Enterprises that lack skilled cloud professionals would often turn to partners that specialized in helping them migrate applications to the cloud. These partners also provided expertise in compliance, which is critical for verticals with like finance or healthcare with strict laws regulating how sensitive data is stored or moved.

In recent years, we’ve seen a third type of migration emerge with a unique approach: automation. The hardest (and costliest) part of cloud migration is the blueprinting and replication of the environment and network customization for large, complex apps. Here, the blueprinting and replication are automated. As a result, organizations don’t have to worry about scripting to reconfigure storage, network and security parameters on a new IaaS. This is a tremendous burden that’s being lifted from these enterprises.

There have been a number of software improvements that have made automation a viable option for migration. In the near future, we’ll begin to see accelerating optimization for specific clouds – these automation platforms will better take advantage of the unique infrastructure and APIs of AWS, Azure, Google, etc. Once a workload has been shifted to the cloud, it will be continuously monitored to boost performance and minimize any Vulnerabilities. Rather than having to worry about any sort of a configuration, businesses will have more of a drag and drop experience.

Ultimately, server replication and image conversion are cloud migration tools, while automation provides a more comprehensive cloud migration platform. Tools are important in the development of any technology, but they’re limited and often difficult to use. As automation catches on, we’ll see even more businesses adopting the public cloud.

James has more than twenty years of marketing experience at companies who are leaders in cloud management, virtualization, networking, security, & enterprise mobility management. Before joining CloudVelox James was Head of Americas Channel and Alliance Marketing at VMware (VMW), where he helped the company drive accretive value with partners by developing demand generation and sales acceleration programs. He spent a number of years at Cisco (CSCO) in a variety of marketing leadership roles in field, channel, and corporate marketing including 3 years in sales leadership. Along with that he spent time at Harmonic (HLIT) and MCI Telecom (VZN) James holds a Bachelor of Science degree from Florida State University.