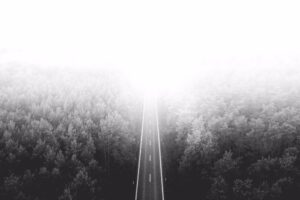 Over the next decade we can expect many new cloud job opportunities to come to market.  When “The Cloud” was first introduced to the mass market, people were skeptical. The assumption was that everyone would have access to all your most private files. But now, everyone loves using cloud storage, from mobile devices to video game systems, large corporations, and even small, local businesses. The best part is with each year that passes, cloud computing becomes more and more scalable. We can expect continued enhancements and innovations coming to the cloud very soon.

The next significant change coming to the Cloud isn’t how more services will attract users to it, but rather add to what it can do for your company. The next big push is to install entire IT frameworks onto the cloud, removing the need for extensive physical warehouses of servers and other room-hogging electronics. This is an impressive undertaking to the say the least, one that can have incredible implications in the very near future.

This has been a primary goal since cloud computing was first introduced, and it’s exciting to know that one of the major reasons for shifting more users to Cloud-based systems is now within reach. Many speculate that this is the first big step towards the next era in not just computer storage applications, but with IT systems as well. We can expect much more cross-platform integration among many forms of devices, as well as easier access and better security for more. IT infrastructures will also begin to be more affordable, making it easier for smaller companies to get the sort of security that they just haven’t had access to yet.

Naturally, as more companies choose to eliminate their traditional IT infrastructures, the roles of existing IT professionals will need to adapt accordingly. There may be an initial elimination of certain job positions, especially ones that were entirely dependent on the physical component being house on-site. However, most professionals have skills that can transfer to the new system types and preserve more jobs than those that would be lost in the process.

Changing roles and industry-wide shifts are never easy to navigate. In fact, there could certainly be shockwaves felt across many different industries as a result. As the Cloud continues to push innovation, there will always be a need for professionals in the field, especially throughout the transitional period.

As more industries are looking for ways to reduce operational costs and shift to faster methods for information sharing between departments, even the most technology-adverse industries will be partially integrating the Cloud into their daily needs, if not completely adopting it all together. The good news is that this could create an opportunity for future displaced IT professionals as these industry types have never had to implement any sort of advanced computer systems. The day where every farm is connected to high-speed Wi-Fi could be just around the corner.

One of the more exciting aspects of more industries adopting cloud-based systems is that the next logical step is smaller devices becoming Internet compatible. The Internet of Things could be the next aspect of cloud computing systems, as more parts of many new industrial components would become connected. We may not even need hardwired Internet connections, at least not in a public use sense.

Rise of the Hybrid Clouds

Clearly Cloud-only applications have as many flaws as non-Cloud based systems. Each type of technological offering has its strengths and weaknesses. So how do you combat compatibility issues as more companies shift towards a system they have never implemented before? With a new line of hybrid cloud systems. Hybrid Clouds are specifically designed to protect the back end of a company’s data while still providing other stakeholders access to some of their data. With a Hybrid Cloud system, your company can be run on a third-party Cloud system without the fear of your data being at their mercy. Only data hosted exclusively on the Cloud has this concern; everything else remains locally stored, protected, and safe.

This is great news for any company that has been toying with the idea of making the switch but has allowed fear to stop them. By enabling only some of their data to be hosted by a Cloud, any company can retain control. Think of it like using an email server: yes, your messages have to go through the separate service to reach its destination, but you still retain control over who receives and reads it without giving up any more data than you have to.

As new cloud job opportunities continue to expand, we can look forward to a much more efficient system of data management that will continue to lower costs while increasing efficiency. Our in-home devices may utilize Hybrid Systems or private home-based Clouds, and in time we may never have to worry about storage again.

Sachin is a technology writer and currently works for Code Brew Labs.