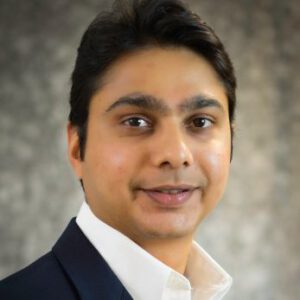 “A picture is worth a thousand words.” This old, English idiom could not ring more true than in today’s fast-paced, digital age – the big data age. At a time when we are creating 2.5 quintillion bytes (or 2.5 million terabytes) of data each day, executives and decision-makers across the globe are looking for ways to turn complex and voluminous data into comprehendible and comprehensive, actionable insights. Enter, data visualization.

What is Data Visualization?

The visualization of data for purposes of analysis is not a new concept. Finding their roots in Descartes’ Cartesian coordinate system, several graphical diagrams such as the line, area and bar chart were invented in the late 18th century by Scottish engineer and political economist, William Playfair. He was also the inventor of the once widely-popular, yet more recently denounced, pie chart.

Data Visualization sits atop the Big Data Analytics pyramid (Figure 1) and is often the only layer that is visible to executives and other decision-makers. Thus, the success or failure of a Big Data analytics program often depends on the success of the visualization layer. A company may have the most advanced data capture, storage, and transformation technology (and use the most complex algorithms and statistical models to analyze that data), but if the information isn’t displayed clearly, accurately and efficiently, the whole point of leveraging Big Data is lost. 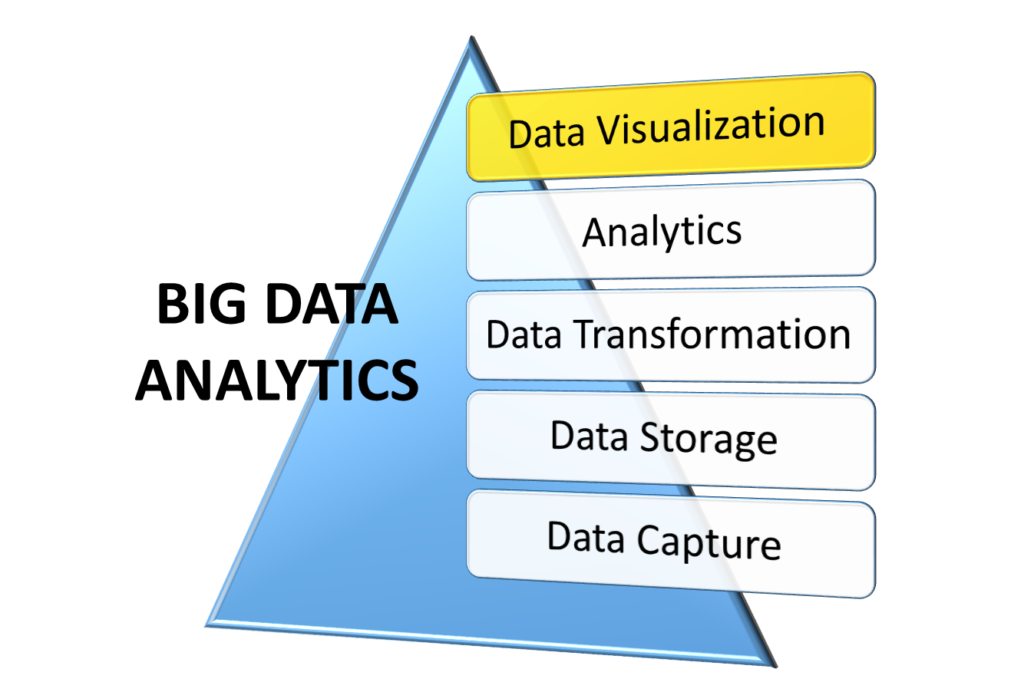 Why Data Visualization? What are the benefits?

It is often said that data is the new world currency. But let’s face it, raw data is boring and difficult to make sense of it in its natural form. Because of the way the human brain processes information, using charts or graphs to visualize large amounts of complex data is easier than poring over spreadsheets or reports. According to the Visual Teaching Alliance, studies show that 90% of information transmitted to the brain is visual, visuals are processed 60,000 times faster in the brain than text, and our eyes can register 36,000 visual messages per hour. It’s a no-brainer that visuals work better than text.

All types of organizations are using data visualization to help make sense of their data and to comprehend information quickly. Data visualization is a quick, easy way to convey concepts in a universal manner, and due to advances in data visualization technologies, you can experiment with different scenarios by making slight adjustments to available data filters – This is called visual analytics. Visual analytics allows users to directly interact with data, visualize relationships and patterns between operational and marketing activities, gain insight, draw conclusions and make better decisions, quicker. The visibility and clarity delivered by such digital technologies and advanced analytics can give executives unprecedented, granular views into operations. Additionally, it may increase agility and support better strategic decision making by showing the reasons why certain recommendations make the most sense. This can have a significant impact on how businesses gain insight from their data.

Data visualization ultimately aims to provide perspective, reveal trends, provide context and tell a story. Most importantly, data visualization should empower users to harness, in a meaningful way, the power of Big Data.

How to tell a story with Data Visualization?

One of the cardinal sins of a business presentation is for good data to be presented badly. How so? If data is misrepresented or presented ineffectively, key insights and understanding are lost, which hurts both the overall message and the reputation of the person or team delivering the message. Knowing your data and knowing how to best present it, are two ways of getting data visualization right.

Data comes in different types. The most common are:

Selecting the right type of data visualization involves understanding the underlying data and more importantly, the story you are trying to tell. There are four main presentation types that will aid you in telling your story:

Data visualization is as much an art as it is science and numbers. In addition to using the right chart type to tell your story, you can also play with levers such as color, size, scale, shapes and labels to direct attention to the key messages of your story. The most important aspect, however, is getting the “story” right; ensuring that the right data is appropriately visualized for the audience that will consume it. Data visualization technology too, is constantly evolving. From automatically recognizing types of data to making recommendations about the best chart type to use, advances in data visualization technologies have made creating stunning visualizations a matter of a few clicks. More, the emergence and mainstreaming of virtual reality has given data visualization a new dimension, allowing for visualization concepts and techniques that have hitherto been restricted to futuristic sci-fi movies and TV shows. The future of data visualization is bright, and it will be exciting to see what advances and discoveries are made in the next few years.