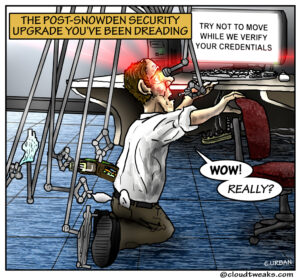 
As we have frequently discussed here on CloudTweaks, the usage of big data around the world is growing exponentially. Businesses, individuals, and governments are all increasingly reliant on the insights it provides, and are progressively basing decisions, policy, and strategy on the output they receive.

Nonetheless, big data is still a source of controversy for a lot of people. One particular area in which it has recently come under the spotlight is in the field of user privacy. Especially noteworthy is the differences in attitude and policy towards privacy between Europe and North America.

The US is still dealing with the fallout from last year’s NSA spying scandal and recently published a Federal Trade Commission paper on how the big data industry could be reformed. However, despite the publishing of the paper and the public’s concern there still hasn’t been any legislation specifically restricting, regulating or moderating the use of users’ data.

In practice, big data in the USA can currently affect your life in a very significant way. For example, if big data identifies a user as a motorcycle enthusiast, the user may get offers for cheaper motorcycles but might also be paying premiums on your insurance just for having an interest in motorcycles – Insurance Companies think that the user’s particular demographic have a riskier attitude. Worryingly for American citizens, there is no way for them to tell if they are included in such a group or not.

The FTC paper has proposed greater transparency. They want to introduce a central hub that people can use to see the information that has been collected about them, and through which they can then potentially edit or delete data altogether if they don’t like or agree with it.

In contrast, Europe has just seen the Court of Human Rights and the Court of Justice of the European Union say individuals have the right to have personal information taken off Google – termed ‘the right to be forgotten’. The ruling means that Google (and other search engines) must now remove information deemed “inadequate, irrelevant or no longer relevant.” Failure to do so can result in large fines for the search providers.

The reason for the change is due to a businessman who went bankrupt ten years ago, and despite bouncing back and becoming successful once again, links to his bankruptcy remained the top hits on when searching for his name.

The new ‘right to be forgotten’ policy is popular; after launching a page that enabled users to request links be removed from results, Google has now revealed they are receiving a ‘takedown request’ every seven seconds. It remains to be seen how easily Google will be able to manage the flow of requests – though with the threat of fines it seems they are more like to err on the side of caution and delete links rather than argue their case.

The new policy raises an ethical dilemma. For example, does a criminal have the right to be forgotten? Critics say that some information is in the public interest regardless of the affected person’s thoughts and should remain online. Until we get a serious test case we won’t know how robust the European Court’s policy really is.

What do you think? Is big data privacy an important issue? Is the American or the European method the better solution?