5 Ways The Internet of Things Will Drive Growth 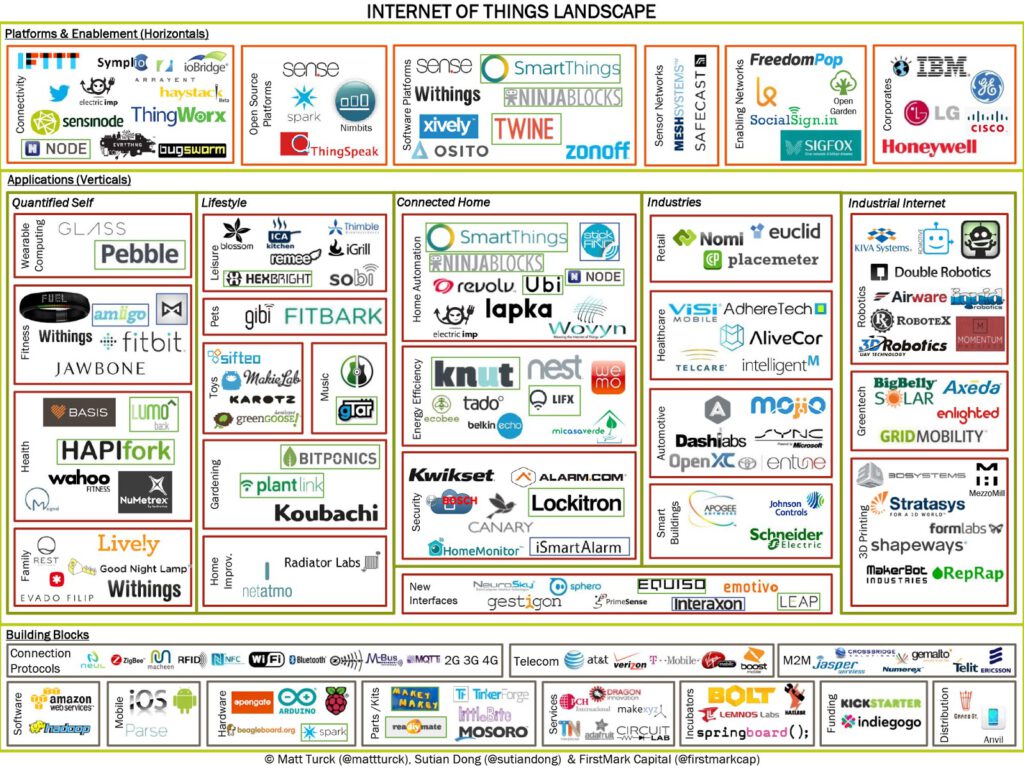 The Internet of Things is the latest term to describe the interconnectivity of all our devices and home appliances. The goal of the internet of things is to create universal applications that are connected to all of the lights, TVs, door locks, air conditioning, and kitchen appliances at once, while also learning peoples’ habits, what they like, and what they do not like. See the infographic below put together by the team of Matt Turck and Sutian Dong at First Mark Capital which helps illustrate this growing landscape. 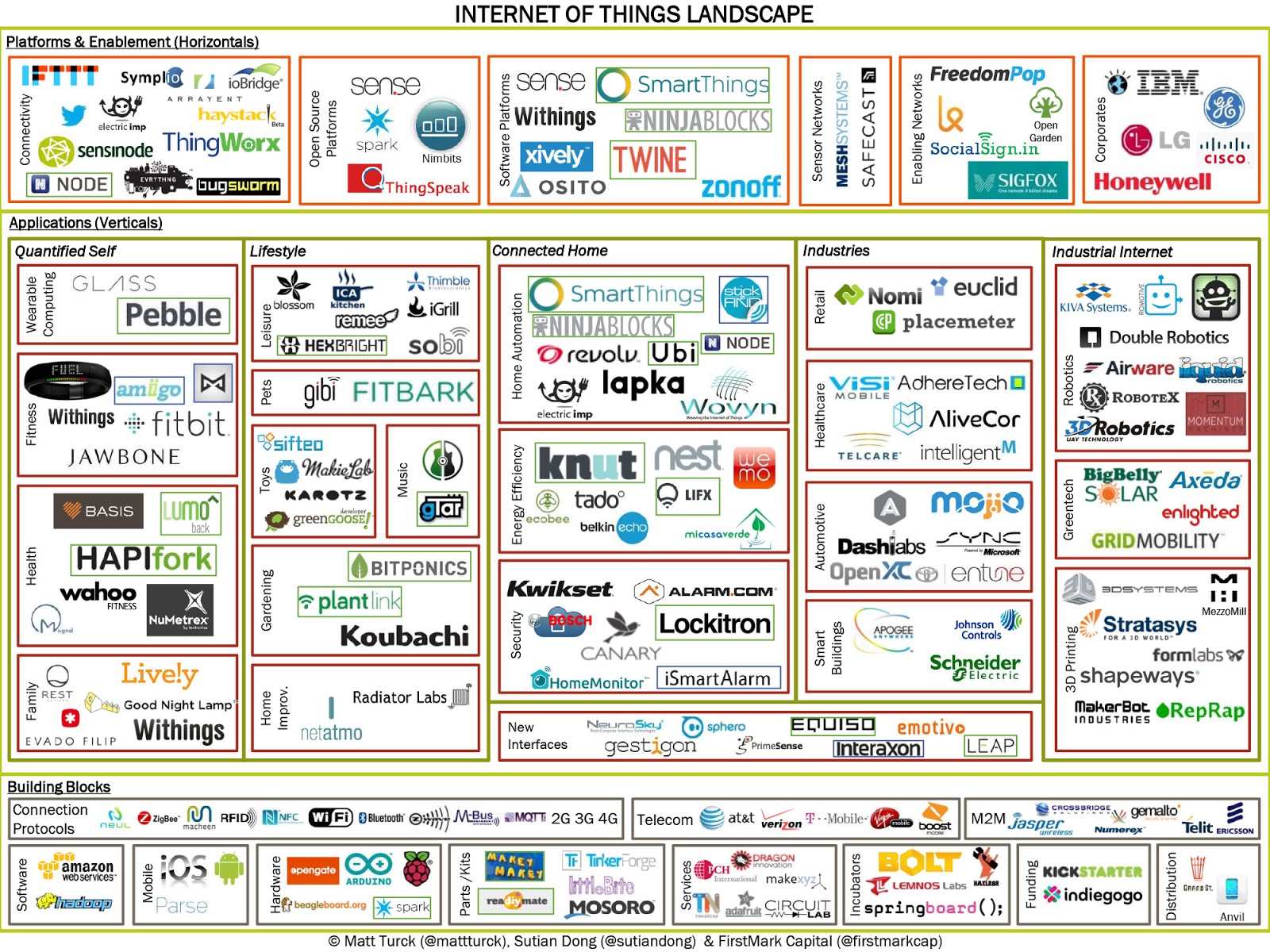 Here are five facts and figure about how the internet of things is helping the size of both the internet and the cloud grow:

The size of the internet of things’ market is immense. According to research firm IDC, the global market was already worth $1.9 trillion in 2013. That figure included almost everything that was connected to the web during the period.

Last year, 90 percent of all the revenue generated through the internet of things came from developed countries. Although that percentage is expected to decline slightly in the next several years, the developed world will continue to be the main driver of growth as regions who have slow cloud uptake continue to play catch up.

Google’s acquisition of home-automation company Nest Labs for $3.2 billion in January 2014 created a unique opportunity within in the market. There are a relatively small number of start-ups competing in the home-based internet of things market at the moment, with Google and a few other major companies owning most of the larger ones. The aforementioned IDC report believes that many more start-ups will launch and offer new devices, services and business plans over the coming year – improving innovation and growing the market size further.

A new Google vs Apple Battleground?

After acquiring Nest, Google noted that it believes differentiating products by ‘device’ is a mistake. Looking ahead, the company noted that the line between different device categories would continue to blur as cloud services operate perfect across a number of outlets and would plan their strategy accordingly.

Apple’s approach involves a new home-automation suite of software and services called HomeKit, which they hope will directly compete with Google’s Nest. Apple hope the software will encourage developers and device makers to make customers rely on iPhones and iPads to control their homes.

The internet has already allowed targeted advertising to become more effective than ever, letting promoters place their adverts to highly specific consumer groups based on various traits such as demographics, psychographics and behavioural variables.

Although Google and others have said that they currently have no plans to invest in adverts for home-automated products, it could easily happen in the future. Imagine opening your fridge and getting a discount coupon for your recently-finished tomato ketchup, or your shower offering you a new brand of shampoo based on your frequency and duration of washes. The internet of things could create a whole new advertising sector.