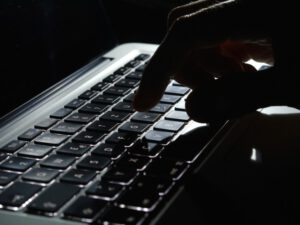 Cybercrime, Regulation and the Individual

Cybercrime is a well-known challenge we all face, some in more dramatic ways than others. Large organizations secure themselves from DDoS attacks, ransomware threats, and data theft with sophisticated technology and well-trained security personnel, and individuals do their best to understand the risks of phishing, identity theft, and computer viruses. We don’t always get it right, and the cyber security battle is forever wavering between wins for the good guys and defeats by the bad guys, but it’s an important part of the technological world that we all recognize at the very least. An area less recognized, however, is the effect of cyber law and security on the rights of individuals.

We used to be able to say whatever we felt like to friends and family, no matter how poorly considered or shameful, and unless we happened to run in political or media circles, such obnoxious comments did little more than cause discomfort for a few. Social media, however, has changed this; suddenly the views we’re spouting to our ‘nearest and dearest’ on Facebook and Twitter are public property, and in many countries the law is getting involved, pointing to such utterances as hate speech. For most of us, it’s a relief to finally have such atrocious behavior called out, but it begs the question, where is the line between the private domain and publically accountable action?

More than mere social media outbursts, the internet has broadened our communication networks tenfold, providing inexpensive solutions for global collaboration and interaction. Many of these applications are to the benefit of our societies, both business-wise and personally, but a lot of countries haven’t been able to keep up with the provision of effective cyber laws that protect citizens from the more detrimental uses of advancing technology. Ethical questions of what should and shouldn’t be regulated are still being explored, and before regulations can be implemented, it remains to be decided what is and isn’t acceptable.

As internet connectivity extends further and further, often reaching even the most remote locations, access is being considered a potential human right. The United Nations, for example, has criticized governments that deny their citizens access to the internet as preventing freedom of expression. It stands to reason, however, that if internet access is a human right, shouldn’t safe cyber interaction also be regulated? This could range from protection against illicit cyber trafficking to standardized encryption of private communication, and opens the door to an overwhelming number of challenges, many of them not yet met in our physical world.

Businesses typically have policies in place which insist on professional communication and regulate acceptable behavior. More difficult, however, to implement at a society level, because although most of us recognize the authority our employers have over our behavior, we expect our governments to protect our personal freedom. The conundrum is the necessity of law to protect civil and political liberties; laws which typically restrict liberties at the same time. Because cybercrime is a relatively new problem, battling the likes of cyberbullying, piracy, identity theft, and terrorism is an evolving campaign, and regulators aren’t always quick enough to keep up with damaging advances.

Currently, we see a range of responses from different countries around the globe; some lean heavily towards exacting regulations that require a strict set of behaviors from citizens, others promise greater personal freedom and privacy with little cyber restriction. No ideal model has yet been established, and businesses and individuals alike find themselves either too restricted or unprotected. Striking the right balance is no mean feat, and we’re likely to endure many years of distress before acceptable standards are determined and implemented.