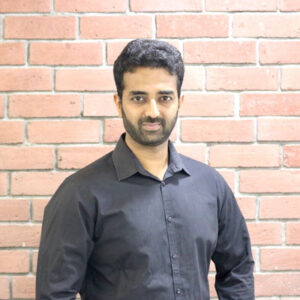 For any developer, API or Application Programming Interfaces come as the helpful components to add valuable features and functionalities with the app they develop. API in many ways make their development tasks easier and ensure easier value additions. API always allow greater flexibility to integrate features that helps connect third-party services and solutions. For example, in a banking app, an API by connecting the electricity department can help users pay the bill without switching to a separate app. Similarly, when using a travel app an API can help to allow the users to connect a third-party flight ticket booking platforms to browse flight options and buy tickets.

No doubt, whenever an app needs the service of a third-party service, it needs to call the respective API for the same. API calling by various apps can be attributed all the credits for the vast majority of these traffic third party services generate. As of now APIs mainly represented third-party services that used to be integrated with the apps for accessing those services as value-added features. Even Machine Learning for apps has now become easier to access thanks to intelligent third-party APIs.

Well, this is where we are recently experiencing a shift of approach. Google Cloud Apigee has recently come with programmatic API calls created by intelligent algorithms. These APIs created by Machine Learning as per the specific context can completely transform the digital experience of the future. This will also pave the way for new ways enterprises leverage APIs and add value to the existing APIs for a richer experience.

Here through the length of this post, we are going to explain various aspects related to programmatic API development.

But since building voice-enabled interfaces are expensive involves considerable cost and development skills, many companies are now integrating voice capability through third-party APIs. Moreover, third-party APIs built with the latest technology such as natural language processing made understanding and interpreting commands so easier.

Machine Learning further can help enrich the voice APIs with context-awareness and specific use cases. By figuring out the specific user context of a query an intelligent API can interpret a query and process the answer accordingly.

The Expanding World of Connected Gadgets

From one technology congress to another tech event, the enthusiasm around the IoT gadgets and the connected reality seems not to die out in any way. It is already estimated that there are several times more connected and internet-ready devices now than the population of the earth. But still, the appetite for smart communication and effortless usability through the communicating machines and devices is not dying out. Well, that literally means the promise offered by the connected devices is still enormous and huge.

We all know that the connected IoT devices connect to one another and to smart voice assistants through APIs. But since there are millions of connected devices with a variety of capabilities and features, one single rule of integration just does not work for all APIs. Integrating business logic for apt responses based upon specific user contexts is really crucial for the effectiveness of APIs. As the voice interaction needs are becoming more diverse and as the maze of mixing and matching business logic with user contexts is experiencing more challenges, APIs now needs to be smarter.

Artificial intelligence (AI) technology is the most effective and useful when it is leveraged through apps in specific contexts. But most developer teams lack the capability to build AI-based interaction features and functions right from the beginning. This is why, for the vast majority of the developers still incorporating AI largely refers to the integration of API for AI.

So, already the AI market for apps is characteristically API based. But as of now, mostly a basic AI API is integrated into a development project that is further developed by shaping up a model by introducing business logic. Well, in future, by having access to API developers can have access to the underlying business logic and model as well. Already, Google built AutoML for image and text analysis which is leveraged by many third-party apps for the same purpose of image and text analysis.

While Machine Learning based APIs triggered by specific use scenarios or models is going to be the future trend, the corresponding threats of cyber intrusions and attacks are also to be viewed with similar awe. Chatbot attacks and malicious intrusions of Machine algorithms are continuously increasing. The Distributed Denial of Service (DDoS) attacks leveraged by API vulnerabilities are increasingly becoming common as well. This is particularly true for all those apps dealing with cryptocurrencies and cryptocurrency mining. The API vulnerability is regarded to be one of the crucial areas prone to threats of data breaches.

This is something that is not going to change any time soon. APIs whether they represent the simple third-party services or the machine-generated one will continue to enhance the security vulnerability of the apps. According to Gartner, API abuses are going to be the most common source of security risks in the years to come. Gartner also predicts that in 2022, API based security attacks will be the leading security threats.

While APIs continue to get more sophisticated, intelligent and context-driven than ever before, the emerging technologies are equally making them more vulnerable to security threats. In the years to come, AI and Machine Learning will be the key driving forces for building advanced APIs and a whole array of security threats will emerge.

Atman Rathod is the Co-founder at CMARIX TechnoLabs Pvt. Ltd., a leading web and mobile app development company with 13+ years of experience. He enjoys to write about new technologies, business development tips and more. His leadership skills and great
academic record gave him a key position in the industry.