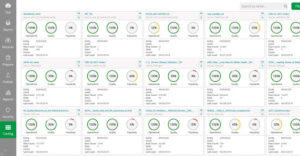 Many data scientists prefer to use open-source framework to code scripts; after all, it’s something they already trust to work. Business intelligence tools like Qlik Sense, Power BI, or Tableau, simply don’t seem necessary. However, these same data scientists often see shortcomings in their own approaches – shortcomings that the best BI tools are able to address.

1. The importance of “telling the story”

Your visualizations and dashboards might not be as impactful without narrative, explanation, and context. If all you have is the visualization, the meaning can be interpreted differently by each viewer. The data must be given a voice by data scientists (or other analytics users). You have to tell the story and then explain what you’ve discovered, such as an outlier that’s skewing a trend. Then your audience is able to take informed action, because before you have action, you need context. In a broad sense, this is the purpose of using a BI tool – using data to drive the decision-making process.

2. The need for flexibility when making visualizations

Open-source libraries are commonly used by data scientists for visualizations, but that means the visuals are built using predefined data structures. Instead of making the data fit the visualizations, you want to have visualizations that fit the data; flexibility is key for exposing patterns. Some BI tools use engines that aggregate data at a granular level, so you get to choose from the best visualization options for data analyzation according to specific attributes (geo analytics, time series, etc.), which is often hard to accomplish with open-source libraries. By performing on-the-go creation of derivative data points, it’s possible to group data, create visualizations from the groups (such as benchmarking or color coding), then follow those codes across various visualizations. If your visualizations make assumptions about data structure, rather than being flexible enough to fit the data that’s there, you could end up with skewed or missing information.

3. The need to explore associations freely

The best business intelligence tools don’t use the usual linear, SQL-based model for analysis; they use an engine which enables free exploration of your data from all angles. Scripts in Python, R, and others are very capable when it comes to finding answers to pre-determined questions, but that approach limits the data that’s explored, meaning it also limits what you can discover from the data. With the right BI tool, however, you can surface outliers, patterns, and trends, as well as uncover connections that you couldn’t have found using a query-based approach or simply wouldn’t otherwise have queried. Since you’re able to discover obscure connections within the data using certain BI tools, this makes them a better option if you want to maximize the impact of the data on your business.

Models won’t do you any good if you can’t trust the data; the top BI tools use rules-based governance to ensure that the integrity of your data is maintained. Add-ons include securely administering data using centralized management (thanks to rule-based governance), which allows you to control who publishes, shares, and accesses apps or data. Another add-on enables data lineage visualization, which helps you see where the data came from, as well as where it’s going.

You also need your data to be cataloged. Some BI tools include smart data profiling, a feature that determines the readiness of the data and automatically brings up issues with data quality. Smart data profiling could find data that may be PII and automatically mask the information, for instance. Lastly, the ability to easily search your data via metadata makes the process much more straightforward – users can search by business domain, topic, or data source. 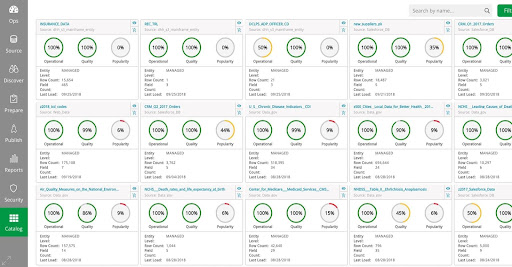 5. The need to explore instead of prep data

In order to have usable data, it needs to be thoroughly prepped. However, if you’re doing all the prep yourself, most of your time could be spent on that, not on actually finding insights as you explore it. Data engineers can handle the entire data integration process (like cleansing, transformation, and so on) to make the data business-ready, but you’d need a full-time data engineer if you wanted to spend all your time exploring rather than prepping. Top-notch BI tools come with DI capabilities that combine and transform data, so you don’t have to do it yourself. Some of them even include an enterprise class DI platform for a seamless data catalog and analytics data pipeline.

If you’re doing all the data prep yourself, it’s the same idea as spending two hours on a meal that you’ll take 20 minutes to eat – the payoff doesn’t always match the effort. Using a BI tool for data integration makes sense, not only because it saves you time on a specific task, but because it makes it possible for you to focus on what’s important.

Conclusion: BI tools don’t have to replace scripts; they can work in tandem.

Data scientists can still use an external IDE to create Python, R, or Scala scripts and use them with a business intelligence tool. But if you’re only coding scripts and not also using BI tools, that’s analogous to using an old version of Microsoft Word instead of Google Docs. If you have multiple people working on the same project, a lack of collaboration will result in time wasted on meetings and waiting for decisions. But if everyone can get involved in group problem-solving using a BI tool, they’ll be able to improve knowledge-sharing with analytics and data. Instead of stakeholders getting fragmented bits of tacit knowledge, they’ll have the ability to connect with business users asynchronously. Their domain expertise will be adequately utilized, and it’ll be easier for them to add suggestions for refining and exploring, or narrative for business context. In order for data scientists to benefit from accurate data, it works best if they can first contribute collectively to it.

Business intelligence is the combination of applications, processes, and infrastructure that makes it easier for you to access and analyze information. This improves and optimizes your decisions, whether you’re a data scientist or a citizen data scientist.

If you decide that you want a BI tool in order to make more data-driven decisions, make sure you get the right one. Gartner’s Magic Quadrant for BI report gives an objective look at the main vendors. But remember, even though they all come with different capabilities, you want to pick the tool that excels in the features which are important to you.